300% Jump in Aliyah From Brazil 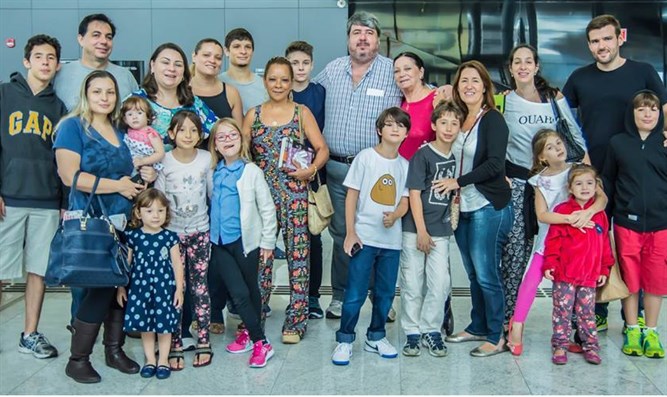 The number of immigrants making Aliyah from Brazil to Israel surged in 2016, rising more than 300% over the average annual rate.

According to a report by the Jewish Agency, some 700 immigrants will have moved from Brazil to Israel by the end of the year. About 650 immigrants have already moved to Israel, with 50 more expected over the next six weeks.

In recent years the number of immigrants from Brazil has averaged about 200. This year’s Aliyah will be the largest from the South American country in 45 years.

Brazil is home to roughly 120,000 Jews. Over the past 68 years since the found of the State of Israel, over 15,000 Jews from Brazil have immigrated to Israel.

Revital Poleg, who heads the local Jewish Agency delegation in Brazil, suggested that the country’s current economic woes contributed to the upsurge in Aliyah, but added that the Jewish community’s Zionist ethos was also a major factor.

“Many of the immigrants note that they view Israel as a place where they can lead Jewish lives in an environment that feels like home.” Poleg said.

“Some seventy percent of the immigrants are young families who want to provide their children with high-quality education, or young people looking to start university studies in Israel and build their careers there.”