80% of Muslims in West live on welfare 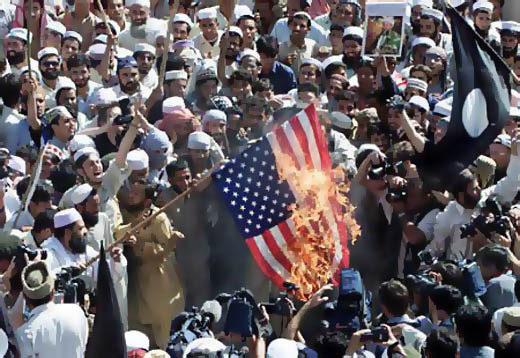 What a sober warning from an Egyptian researcher. Just by examining the welfare statistics of Muslim immigration into Western Europe, he sees into our future — and it is not a pretty one. Eighty percent of the Muslims living in the West are living on welfare, sucking away money that could go to the Europeans who are working, and who could use a tax break instead of paying 23 percent of their earnings to the government. Furthermore, 800 million Muslims out of 1.4 billion in Europe are illiterate — making it unlikely they will qualify for a job anytime soon.

Why wouldn’t Muslims emigrate from African and Middle Eastern countries to the West when they are rewarded with someone else’s hard-earned cash?

What does this portend for the United States? It’s not hard to see that we are headed in the same direction. Islam is now the largest non-Christian religion in the United States. The number of Saudi students in the U.S. is up by more than 500 percent since 9/11. The number of mosques in the U.S. is up 74 percent since 2000. And Muslim immigration is three times higher under the Obama Administration. You don’t have to be good at math to understand the implications.

(Translated from French by Google Translate)

The Egyptian scholar Ali Abd al-Aal on Mayadeen said on TV that 80% of the 50 million Muslims living in the West are on social assistance; they refuse to work.

Muslims arrive in the West as refugees or illegal immigrants, they do not bring wealth to the host societies, said Mayadeen. On the contrary, they deplete to the point where they become a threat to the security and financial stability the West.

Social assistance granted by the European Union to these inactive is adapted to the income levels of local producers of wealth assets. This welfare provided to unproductive strike European budgets and acts as a magnet, attracting more and more non-European migrants to Europe.

If the minimum amount required to live in Europe is $20,000 per year if 40 million Muslims live on welfare, the cost is staggering. It has since reached $800 billion a year, just for the Muslim immigration.

This amount could double if we take into account all the other non-European immigrants living on welfare and whether one can add the cost of crime and social implosion due to this mass immigration. These huge amounts, they are not the only cause of the depletion of Europe, which contribute to its exhaustion.

Politicians seem to agree that this lax system, if it is based on human principles, does not work. But nobody has a miracle plan that would initially stop mass immigration.

Europe is doomed. Suicide political, social, cultural and civilizational is programmed and if we do not stop quickly the infernal machine of destruction of the West in a few years it will be too late.