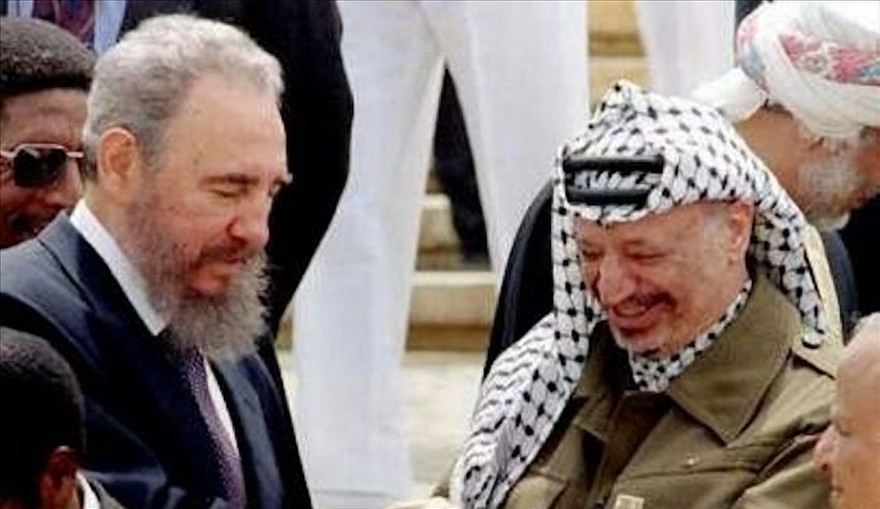 “He always supported the Palestine Liberation Organization and the Palestinian people in their struggle to establish an independent Palestinian state, and he welcomed president Arafat to Cuba in the early 1970s.”

Castro thus epitomized the Leftist/jihadist alliance, manifested in the hard-Left’s support for the “Palestinian” jihad against Israel.

Palestinian leaders on Saturday and Sunday reacted to the death of former Cuban president Fidel Castro, remembering him as a strong supporter of their people and cause.

Palestinian Authority President Mahmoud Abbas hailed the former Cuban president on Saturday in a letter to his younger brother and successor, Raul Castro.

“On behalf of the Palestinian people, the State of Palestine, and myself, we offer you and the friendly Cuban people our deepest condolences on the passing of Fidel Castro, a man who spent his life sternly defending his country’s and people’s causes in addition to just and righteous causes around the world,” the PA president wrote.

Abbas ordered Palestinian flags to be set a [sic] half-staff on Sunday, according to Wafa, the official PA news site.

A Hamas leader in the Gaza Strip, who spoke to The Jerusalem Post on the condition of anonymity, said that Palestinians have fond memories of Castro. “He was a symbol of the national struggle. His relationship to the Palestinian cause and Mr. Yasser Arafat was very strong,” the Hamas leader stated. “He was a brother in the resistance and stood in the face of colonialists, similar to Nelson Mandela.”

PLO Executive Committee member Wasel Abu Yousif told the Post Castro’s death is a great loss. “He always supported the Palestine Liberation Organization and the Palestinian people in their struggle to establish an independent Palestinian state, and he welcomed president Arafat to Cuba in the early 1970s,” the top PLO official remarked. “We thank Castro, who represented the revolutionary spirit, for everything that he did in terms of his political and moral support for Palestine.”…

This article is from the awesome people at Jihad Watch:
https://www.jihadwatch.org/2016/11/abbas-orders-palestinian-flags-to-be-set-at-half-staff-to-honor-castro