I should have known that when el Trumpo bashed former Miss Universe Alicia Machado for a supposed “sex tape” that he would have something just as bad or worse in his history. That’s exactly his standard practice.

It took Andrew Kaczynski of Buzzfeed to find the video:

Donald Trump made an appearance in an explicit 2000 Playboy video.

On a bus tour hunt for the 2000 Playmate of the Year around the country, the Playmates travel to different cities including New York, Las Vegas, Chicago, Nashville, and San Diego. Trump welcomes the Playmates in New York and pops a bottle of champagne to kick off the New York stop. Trump then pours it over the Playboy bunny logo.

“Beauty is beauty, and let’s see what happens with New York,” Trump says. 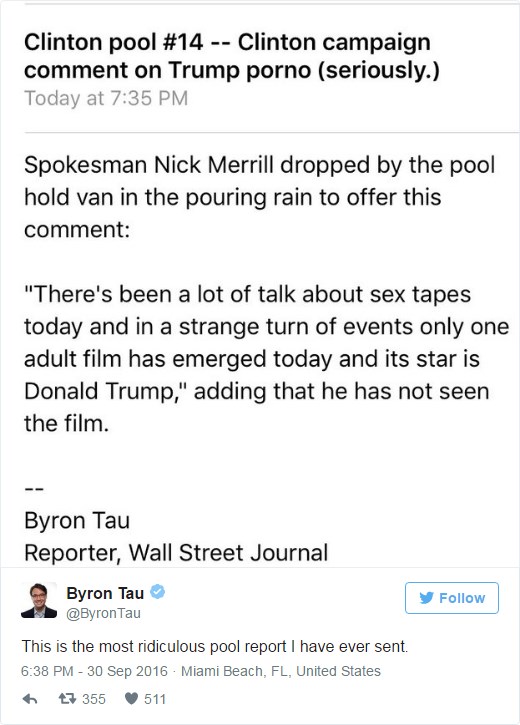 But hey, don’t worry. I guarantee it’s gonna get worse before it gets better!