Al Aqsa Mosque preacher: “The strategy in Islam is hostility towards non-Muslims” 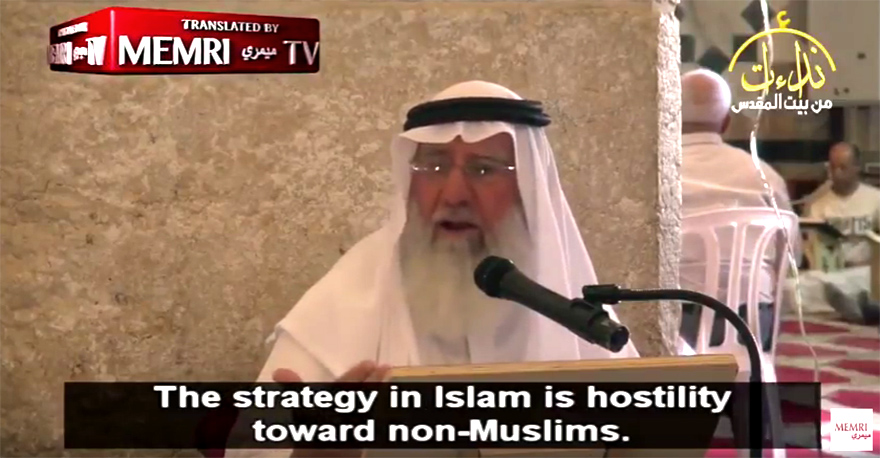 There are three reasons I’m posting this bigoted, hateful, and inciteful speech given by [this so-called] “Palestinian” cleric Sheikh Issam Amira at Judaism’s holiest spot.

Two is to see if any mainstream Muslim figure will denounce him, or at least disagree with him publicly on his interpretation of the Koran. Because if what he is saying is true, then that is a problem for the West than goes beyond worries about immigration and silly arguments about burkinis.

And three is to see if any supposedly liberal group will condemn these words.