Al Sharpton Calls for DOJ to Take Over Police Across America 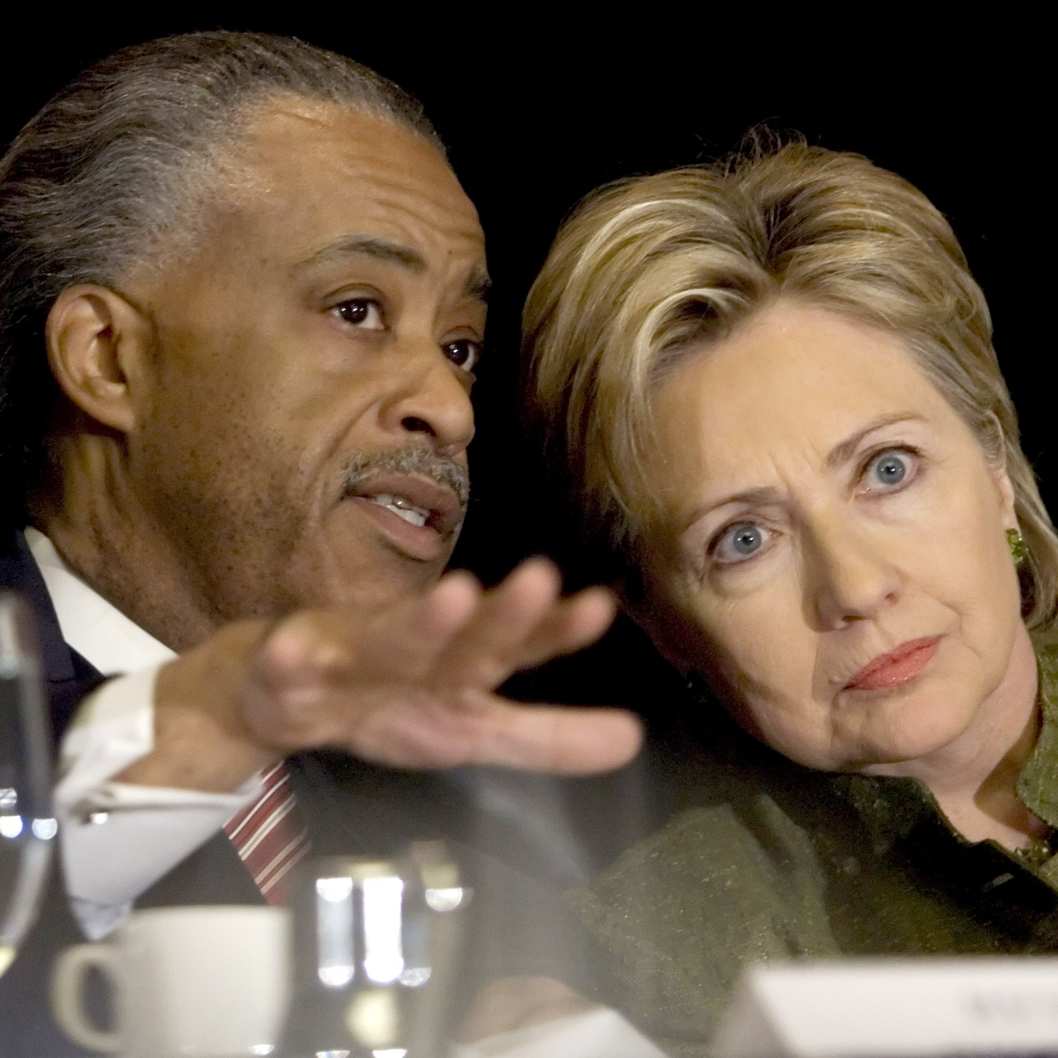 Just when you think you’ve heard it all from the Rev. Al Sharpton, who combines his liberal activism with hosting the weekday PoliticsNation program afternoons on the MSNBC cable channel, he comes up with another absurd demand that leaves people of all races shaking their heads in disbelief.

His latest outrageous comment came on Thursday, when Sharpton met with Stephanie Rawlings-Blake, Baltimore’s Democratic mayor, and other local officials to address the issues behind the riots and looting that took place after 25-year-old Freddie Gray died while in police custody for allegedly possessing a switchblade on April 12.

While being transported in a police van, Gray fell into a coma and was taken to a trauma center, where he died on April 9 due to injuries to his spinal cord. Twelve days later, six Baltimore police officers were temporarily suspended with pay while the investigation got underway.

That information led Sharpton to declare on Thursday:

In a report for ABC News 2 in Baltimore, correspondent Cheryl Conner stood at the New Shiloh Baptist Church in western Baltimore, where Sharpton spoke that day and Freddie Gray’s funeral services were held earlier in the week.

Sharpton said he’s tired of running from city to city, asking for changes within police departments, and he says it’s time for Baltimore to be the change that the nation needs.

Sharpton spoke to state leaders and teens with the mayor by his side. He noticed three people closely tied to the Freddie Gray investigation: the mayor, the state’s attorney and the attorney general, Loretta Lynch, who would not be in office without the civil rights movement.

Conner then noted the liberal activist said that “the nation has to deal with policing in order to finish that work. He told the crowd: ‘You can’t have real peace without justice.’”

“And the reason people are marching, white and black, young and old, in peace is for the facts,” Sharpton noted.

The mayor then indicated: “I know we have problems, and I was determined to fix them.”

“She, of course, is referring to bills in Annapolis that would have changed an officer’s bill of rights, but it failed to pass this year,” the reporter stated. “You’ll hear much more coming up from her.”

“What? Like Homeland Security, NWO type takeover?” JDplusMcG asked on Twitter in response to the MSNBC host’s demand. “What happened to all politics are local? Due process?”

In an article on the examiner.com website, several people were reported wondering “why the Justice Department hasn’t arrested Sharpton for back taxes he owes.” One person suggested that Sharpton “is protected by the administration and will never have to pay his back taxes.”

“Out of respect, we could have them wear uniforms that honor people of color,” one Twitter user suggested. “How about brown shirts?”

Another person wondered if Sharpton was delivering a message from the White House. “Would this be ‘police state’ — like communism? Hmmm.”

Meanwhile, the staff at the Twitchy.com website said that “the statement came on the heels of a meeting between Sharpton and Baltimore Mayor Stephanie Rawlings-Blake. After that meeting, she made remarks in front of a National Action Network backdrop complete with the slogan ‘No Justice, No Peace.'”

“Is this an appropriate backdrop for a mayor who wants to heal a divided community?” the staff asked. “At least one person wondered why she wasn’t speaking on a city-provided stage.”

“What is an MSNBC host doing trying to stop ANY reporter from talking to a politician?” one person asked. “Does MSNBC approve of its hosts blocking press access?”

Once again, the dual roles of cable television anchor and liberal activist appeared to be pulling Sharpton in two directions. As NewsBusters previously reported, Sharpton should choose one profession or the other.