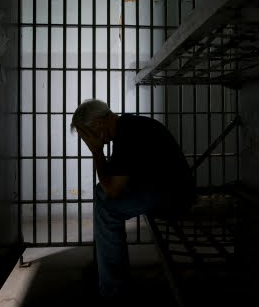 A Canadian man, Gregory Elliott, faces six months in jail for having a disagreement with feminists on Twitter. He has been charged with criminal harassment.

The case involves two feminists (originally it was three) who claim they were harassed in 2012 by Elliott on Twitter. They are currently in court in Toronto. One of the complainants, Stephanie Guthrie, met with Elliott three years ago to interview him about working for her organization “Women in TO politics.” But according to The Toronto Star, Guthrie was “creeped out” by the man and said he was “really intense” and so she decided not to hire him.

Court documents show that the two remained cordial through e-mail correspondence after their meeting and also continued their casual relationship via social media for almost 10 months. But things took a turn when Guthrie went after an online video game that allowed players to virtually punch the face of a feminist blogger. She joined other feminists who made it clear they wanted to publicly shame the game’s creator. Guthrie had written on Twitter: “I want his hatred on the Internet to impact his real-life experience.”

Seeing this message, Elliott reacted creating the hashtag #FascistFeminists and attacked their viewpoints, without once being threatening or violent. Yet, he was arrested in November of 2012, fired from his job, and now faces jail time.

In court this last week, Guthrie rolled her eyes during cross-examination by Elliott’s attorney who asked about her “left-leaning politics.” He then asked, “Why would you roll your eyes at a trial where my client faces serious charges of criminal harassment?” She said she didn’t see the relevancy of such a question.