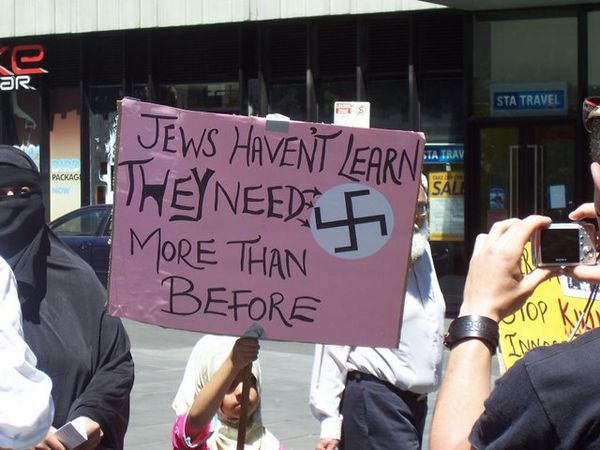 According to figures from the Metropolitan police, hate crimes against the Jewish community in London has surged a stunning 93.4% in the last year.

Anti-Semitism prevention group Community Security Trust told IBTimes UK the “big trigger events” of the last year, particularly the Gaza war and the Charlie Hebdo attacks, helped fuel anti-Semitism, leading to the “record high” number of incidents. A spokesman for the group explained that attacks had generally been on the rise since 2000, but had actually decreased from 2010-2013.

The increase in anti-Semitic sentiment and attacks has left a majority of Jews in the UK believing they have no long-term future in the country, and a quarter of the community saying they’ve considered leaving over the last two years.