Anti-Semitism on the Rise in Czech Republic 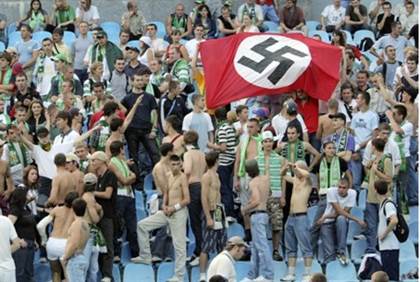 A new report by Prague’s Jewish community finds a significant increase of cases of harassment and threats against Jews last year, The Associated Press (AP) reports.

The annual report on anti-Semitism released Monday says such attacks, including anti-Semitic letters and emails, verbal attacks and harassment in front of Jewish objects, jumped to 37 in 2014 from nine in 2013.

The report also says attacks against Jews on the Internet rose to 191 cases compared to 156 the previous year, according to AP.

It said, however, that anti-Semitism in the Czech Republic remains at a relatively low level with one physical attack registered last year and five attacks on Jewish property. The biggest threat is posed by potential terrorist attacks by radicalized individuals, it noted.

Anti-Semitic violence has been on the increase in Europe in recent years and it particularly flared during Israel’s Operation Protective Edge in Gaza last summer.

The report, conducted by the Kantor Center for the Study of Contemporary European Jewry at Tel Aviv University, was prepared together with the European Jewish Congress (EJC).

It found a full 766 violent anti-Semitic acts in Europe last year, committed either with or without weapons and via arson, vandalism, or direct threats against Jews or Jewish institutions such as synagogues, schools, community centers and others.

The findings constitute a rapid increase of 38% when compared to the results of 2013, in which 554 violent anti-Semitic incidents were reported