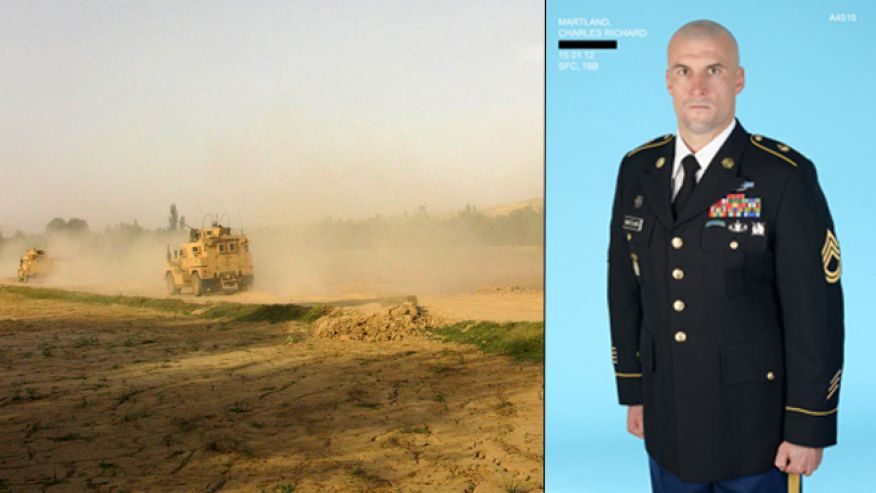 The U.S. Army is kicking out a decorated Green Beret after an 11-year Special Forces career, after he got in trouble for shoving an Afghan police commander accused of raping a boy and beating up his mother when she reported the incident.

The case now has the attention of Congress, with Rep. Duncan Hunter writing to Defense Secretary Ash Carter challenging the decision.

“I am once again dismayed by the Army’s actions in this case,” Hunter, R-Calif., wrote in a letter to Carter.

Sgt. 1st Class Charles Martland is described by many of his teammates as the finest soldier they have ever served alongside.

But his Army career changed course during his second deployment to Afghanistan in 2011. After learning an Afghan boy was raped and his mother beaten, Martland and his team leader confronted a local police commander they had trained, armed and paid with U.S. taxpayer dollars. When the man laughed off the incident, they physically confronted him.

They were punished by the Army at the time — but why exactly Martland is now being discharged is a matter of dispute. Army sources cited his accolades, including being named runner-up for 2014 Special Warfare Training Group Instructor of the Year from a pool of 400 senior leaders in Special Forces, in questioning the decision.

As for the incident in 2011, Hunter told Carter: “To intervene was a moral decision, and SFC Martland and his Special Forces team felt they had no choice but to respond.”

Casey, a former Green Beret teammate who would only use his first name since he is now a member of a federal counterterrorism team, told Fox News, “If I was a commander, I would have given him an award. They saved that kid’s life.”