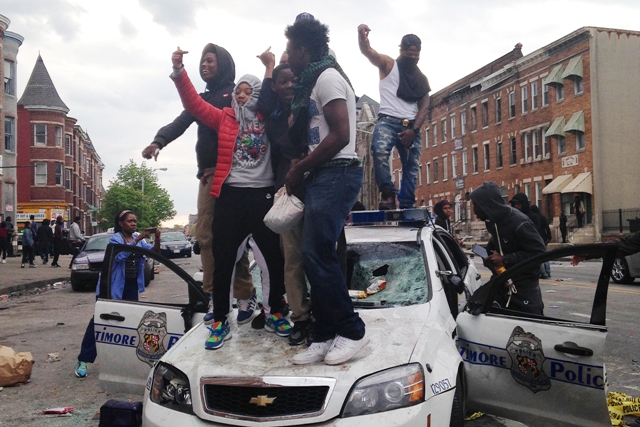 Hint: Criminals don’t get their guns legally. Latest body found in the area of April’s riots.

On Wednesday, Baltimore recorded its 211th homicide when a man was found dead from a gunshot wound inside a vacant building in the same area hit by April’s riots. This latest death toll marks more murders so far this year than for the entirety of 2014.

Partly to blame for the uptick in homicides, according to Mayor Stephanie Rawlings-Blake, is what she calls “strands of rivalry and retaliation” of gang violence. But she has another target in mind as well; more gun control laws.

While the mayor acknowledges that Baltimore already boasts some of the country’s strictest gun laws, it’s the laws in other states that are too lax. Calling for a “national response,” Rawlings-Blake set her sights on federal gun laws:

What I am saying (is) the current approach — the state-by-state approach — has not been effective.

In a WBALTV report, Rawlings-Blake addressed concerns that her police force have become hesitant when making arrests since tensions between the black community and police have reached the boiling point.

“We are seeing a lot of positive indicators that officers are engaged on every level, and the concerns that were raised, that things are turning around,” she said.

At this point, the city has doubled its arrests since charges were announced against officers in the Freddie Gray case. The arrest levels are back up to what they were before his death.