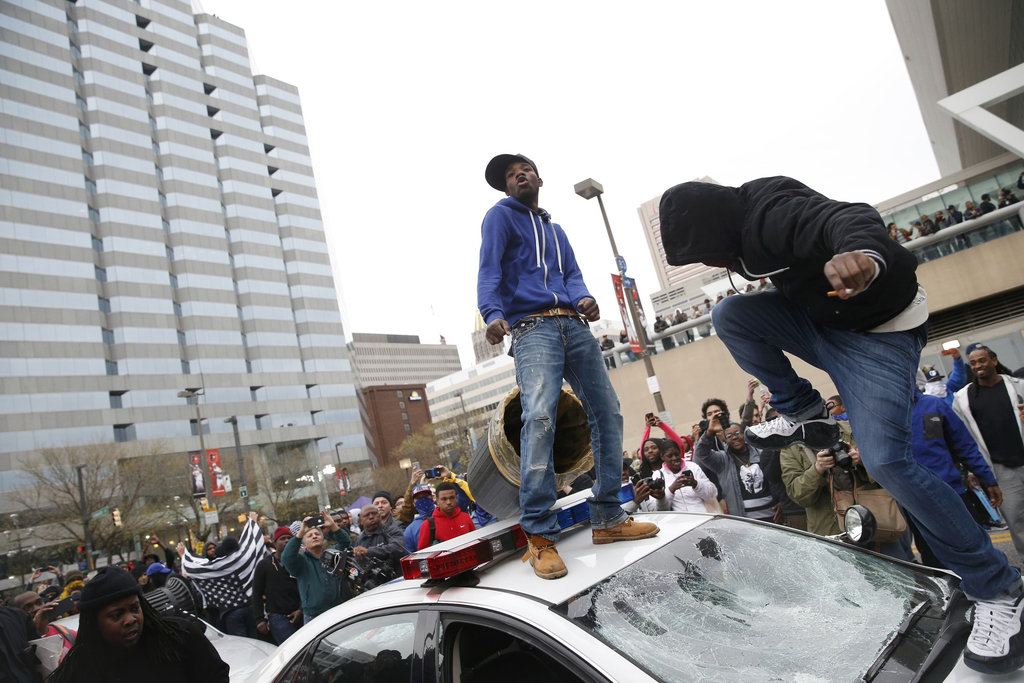 Residents were milling around Wednesday morning along a Northwest Baltimore shopping strip where two people were shot the night before, including a 42-year-old man who died. An apparent blood trail dotted the sidewalk along a strip of mostly shuttered businesses.

Joseph Patrick took down crime-scene tape when he arrived for work at one of the pawn shops there.

The death of Freddie Gray after an injury in police custody, and the subsequent protests and unrest it spurred, have cast fresh attention on the city’s woes including poverty, drug addiction and unemployment.

Since April 12, when Gray was arrested, at least 13 people have been killed and, so far this year, homicides are up 25 percent.

Police resources have been bulked up in key protest areas such as downtown and West Baltimore. Police spokesman Capt. Eric Kowalczyk said support from other law enforcement agencies, whose members are spread throughout the city, has helped detectives respond as they normally would to crimes unrelated to the protests.

Homicide detectives were investigating two incidents that occurred during daylight hours Wednesday — men who were shot in the head in the 3800 block of Liberty Heights Ave. in Northwest Baltimore, and at Pennington Avenue and Hazel Street in Curtis Bay. The Curtis Bay victim died at the hospital, while the Liberty Heights victim was being treated at an area hospital.

Two of Tuesday’s shootings occurred at a commercial strip near Park Heights and West Belvedere avenues, in the shadow of Pimlico Race Track. Just before 6 p.m., a 31-year-old woman was shot in the arm in the 3200 block of W. Garrison Ave. Then, after 8 p.m., an unidentified man was fatally shot multiple times one block north in the 5100 block of Park Heights Ave.

Police did not release the names of the homicide victims, or descriptions of the suspects or motives.

“It’s another day in the neighborhood,” said Patrick, leaning against a bicycle on the sidewalk.

“It’s all under one umbrella,” Evans said. “Half the kids, their parents are on drugs. When I was growing up, there were four rec centers around here. Now? Come on.”