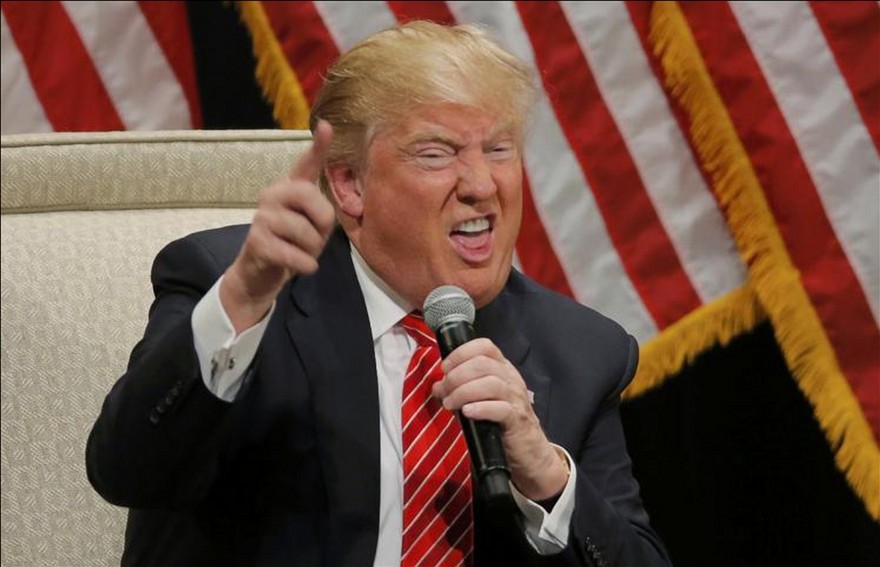 Fearing Donald Trump may launch a lawsuit, the American Bar Association is holding off on publishing a report its committee of media lawyers ordered on the Republican presidential nominee’s record of suing those who criticize him, according to a new report.

One former chairman on the communications law committee seemed quite perplexed by the move. “It is more than a little ironic that a publication dedicated to the exploration of First Amendment issues is subjected to censorship when it seeks to publish an article about threats to free speech,” David J. Bodneytold the New York Times.

Charles D. Tobin, another former ABA chairman, called it “colossally inappropriate” for the organization to “censor” the report, which was titled “Donald J. Trump Is a Libel Bully but Also a Libel Loser.”

The ABA, for its part, is claiming fear of lawsuit had nothing to do with their decision to suppress the article. Spokeswoman Carol Stevens said the association found the study “insightful” and only requested “minor edits.”

But internal communications — one from deputy executive director James Dimos in particular — seem to tell a different story.

“While we do not believe that such a lawsuit has merit, it is certainly reasonable to attempt to reduce such a likelihood by removing inflammatory language that is unnecessary to further the article’s thesis,” he wrote. “Honestly, it is the same advice members of the forum would provide to their own clients.”

George Freeman, executive director at the Media Law Resource Center and also a former ABA committee chairman, rebuked the organization for backing away from the report, saying, “As the guardian of the values of our legal system, the ABA should not stop the publication of an article that criticizes people for bringing lawsuits not to win them but to economically squeeze their opponents.”

The Media Law Resource Center did publish the article on its website, but author Susan Seager, a former journalist, Yale Law School graduate and longtime First Amendment lawyer, said the kerfuffle over the verbiage used in the study only goes to prove she’s right in her conclusion that Trump is a “libel bully” and a “loser” — an ending the ABA wanted to be softened.

“I wanted to alert media lawyer that a lot of these threats are very hollow,” she told the Times. “[T]he ABA took out every word that was slightly critical of Donald Trump. It proved my point.”

News of the sequestered study comes not long after Trump threatened to sue the Times for its report about two women who claim to be victims of his unwanted sexual advances. The billionaire businessman also threatened over the weekend to sue all the women who have leveled allegations against him.