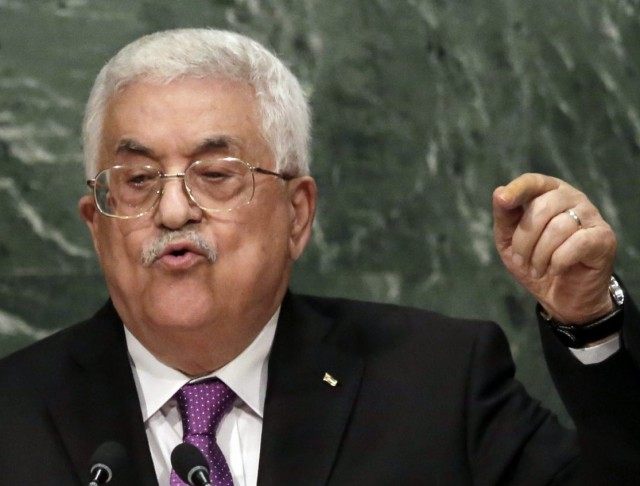 PA president says ties will only be restored after all Israeli security measures put in place since shooting at the site ‘disappear.’

PLO President Mahmoud Abbas’s Fatah faction has called for Muslims to “intensify the popular struggle” over the Temple Mount, despite the removal of metal detectors and security cameras from the holy site after a week of protests over the increased security measures.

Muslim worshipers have stayed away from the sacred Jerusalem compound since Israel installed metal detectors there last week, in the wake of a July 14 terror attack carried out with guns that had been smuggled onto the Mount. Instead, they have performed mass prayer protests outside the shrine, some of which devolved into clashes with Israeli security forces.

Following the shooting, Israel took the rare step of closing the Temple Mount to Muslim worshipers on a Friday — the holiest day of the week in Islam — in order to search for weapons, before reopening it two days later after installing metal detectors at the entrances to the compound. Previously detectors had only been placed at the Mughrabi Gate, the entrance for non-Muslim visitors.

The detectors were removed early Tuesday morning amid intense pressure from the Arab and Muslim world, although metal railings and scaffolding placed by the police in recent days are still in the area where the metal detectors once stood, and Muslims again stayed away in protest.

In its Wednesday decision, the Fatah Central Committee said that it would continue protests over the security measures and called for this week’s Friday prayers to again take place outside of the compound. Last Friday saw violent protests in several Jerusalem locations at the end of prayers.

Abbas said on Tuesday he will maintain a freeze on security coordination with Israel — an unprecedented step imposed in the wake of the placement of the metal detectors — “unless all measures go back to what they were before July 14.”

“All the new Israeli measures on the ground from that date to the present are supposed to disappear,” he said. “Then things will return to normal in Jerusalem and we will continue our work after that in relation to bilateral relations between us and them.”

After Tuesday evening prayers, violence once again broke out in East Jerusalem, with rocks thrown at police officers, who responded with tear gas and other “non-lethal crowd disposal methods,” police said in a statement.