Biden Admits: American Jews Can Only Rely on Israel, Not US 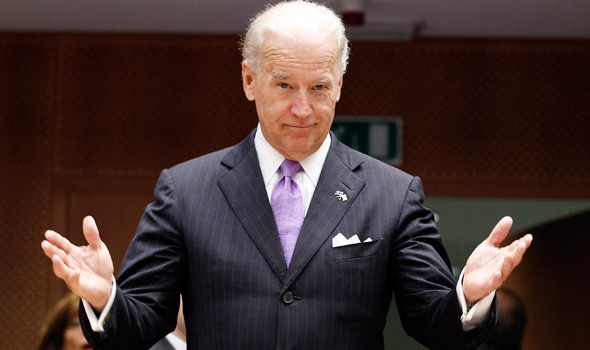 US Vice President makes shocking statement, telling American Jews ‘no matter how involved you are in the US, the only guarantee is Israel.”

An incredible admission by US Vice President Joe Biden has been revealed, in which he told Jewish leaders that should the American Jewish community be in danger, it has only Israel to rely on – and not America.

Journalist Jeffrey Goldberg reveals in the April issue of The Atlantic how at a Rosh Hashana event in Biden’s home last fall, the vice president told Jewish leaders and Jewish officials in US President Barack Obama’s administration how he met former Prime Minister Golda Meir when he was a young Senator.

“I’ll never forget talking to her in her office with her assistant – a guy named (Yitzhak) Rabin – about the Six-Day War,” he recalled. “The end of the meeting, we get up and walk out, the doors are open, and…the press is taking photos. …She looked straight ahead and said, ‘Senator, don’t look so sad…Don’t worry. We Jews have a secret weapon.'”

Biden states he asked Meir what the weapon was, noting “I thought she was going to tell me something about a nuclear program” – an ironic comment given the US’s recent declassification of documents revealing Israel’s nuclear program in a breach of understandings with the Jewish state.

“There is really only one absolute guarantee, and that’s the state of Israel,” he stated.

Responding to the statement, Corey Robin of Salon wrote how disturbing the statement is, given that it consists of “a sitting vice president telling a portion of the American citizenry that they cannot count on the United States government as the ultimate guarantor of their freedom and safety.”

“The occupant of the second-highest office in the land believes that American Jews should look to a foreign government as the foundation of their rights and security,” she added. “A country that once offered itself as a haven to persecuted Jews across the world now tells its Jews that in the event of some terrible outbreak of anti-Semitism they should…what? Plan on boarding the next plane to Tel Aviv?”