Blacks, Crime, and the Bended Knee 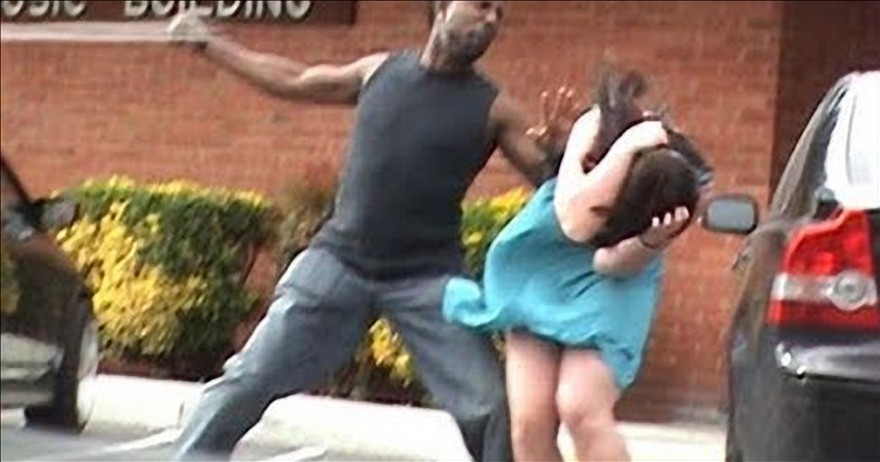 Fresh off the heels of the march on Charlottesville and the destruction of historical monuments in the South by Black Lives Matter, protests are occurring; this time it is against our National Anthem and our flag in stadiums across our country. “Taking the knee“ was first introduced by former 49ers quarterback Colin Kaepernick about a year ago, but has since gained in momentum as many other black athletes with million-dollar salaries have joined in solidarity with demonstrations against white oppression and racism.

Whites comprise about 75 percent of America’s population and they have had just about enough of the offensive accusations, protests, and moral outrage directed at them. Yes, blacks were brought here centuries ago as slaves, but America did not originate slavery nor do we still practice slavery, as do parts of Africa and Muslim nations today. In fact, America fought a civil war to end slavery. It’s been over 150 years since the Emancipation Proclamation, thus, the fate of today’s blacks rests not upon yesterday’s slaveholders, but upon today’s failed black leadership who have intentionally kept America’s blacks on an imaginary plantation through the indoctrination of victimhood. By instilling the notion that blacks today are the victims of white racism and “white privilege”, black leadership (Al Sharpton, Jesse Jackson, Louis Farrakhan, and Maxine Waters, to name a few) have created not only an entitlement mentality, but a dependency and helplessness prevalent among young blacks in inner cities throughout the country.

Furthermore, a 2007 FBI file reports there were 433,934 single-offender victimization crimes against whites by blacks compared to 55,685 crimes committed by whites against blacks — eight times as many more crimes committed against whites by blacks. Interracial rape is almost exclusively a black on white crime with 14,000 assaults on white woman but not one case of a white sexual assault on a black female.

Nor are whites responsible for the huge increase in out-of-wedlock births. In 2013, 71 percent of black births were born to black unwed mothers.

These children were born into a life of poverty without the benefit of a father in the home. The norm for these kids is to drop out, use drugs, become unemployed, commit crimes, and become imprisoned at many more times the rate of whites, Asian, and Hispanics.

Yes, the black community has a problem, but it is of its own making, and too often whites are the victims of a dysfunctional black community. America has lavishly poured billions of taxpayer’s dollars in recent decades to improve public education, outreach, and equal opportunity programs such as Affirmative Action for blacks in inner cities, but to what avail? We have stepped aside and watched silently as city after city, once safe and prosperous, became Third World outposts after decades of corrupt black Democratic leadership. They enriched themselves with unkept promises while the rest of the population floundered.

For decades, beginning with the 60s, white guilt was kept alive by a civil rights revolution that swept the nation. Many blacks found success in the media, the press, education, sports, law enforcement, the halls of government, culminating in the election of the first black President, Barack Hussein Obama. Many whites, eager to assuage their guilt after many years of playing defense, voted not for the best man to fill the office, but for a symbol they hoped would end the racial conflict once and for all. Contrarily, the election of Obama only served to exacerbate tension between whites and blacks. Many blacks felt emboldened and protected in their demands and racist protests against police are now commonplace. Chants by Black Lives Matter “What do we want? Dead cops! When do we want it? Now!” were frequently heard at protests. The result is a war on cops with numerous officers killed in the line of duty in NYC, Dallas, Baton Rouge, San Antonio, and other cities throughout the land.

It is not you who needs protection from us. It is we who need protection from you. Black problems are self-created, and history has proven that no amount of money thrown at them will solve the problem. Scapegoating is getting tiresome and dangerous. Do not lecture us about social injustice and the debt owed to you. The only thing we owe you and what is owed to any of us is equal opportunity. We have more than given that to you. It is high time for the black community to look inwards, and when it does it will discover the problem is not a lack of opportunities, but a lack of values.  Education, self-reliance, delayed gratification, responsibility, hard work, ambition, and an intact family are values incorporated and ingrained within those who lead productive decent lives. It is lacking within a large segment of the black community. Shame on those who display ingratitude and dishonor America, a country that has given black athletes the opportunity to make millions playing a sport that young men in Africa can only dream about, a country that has given blacks liberty and opportunity. Shame on you and those who kneel with you.