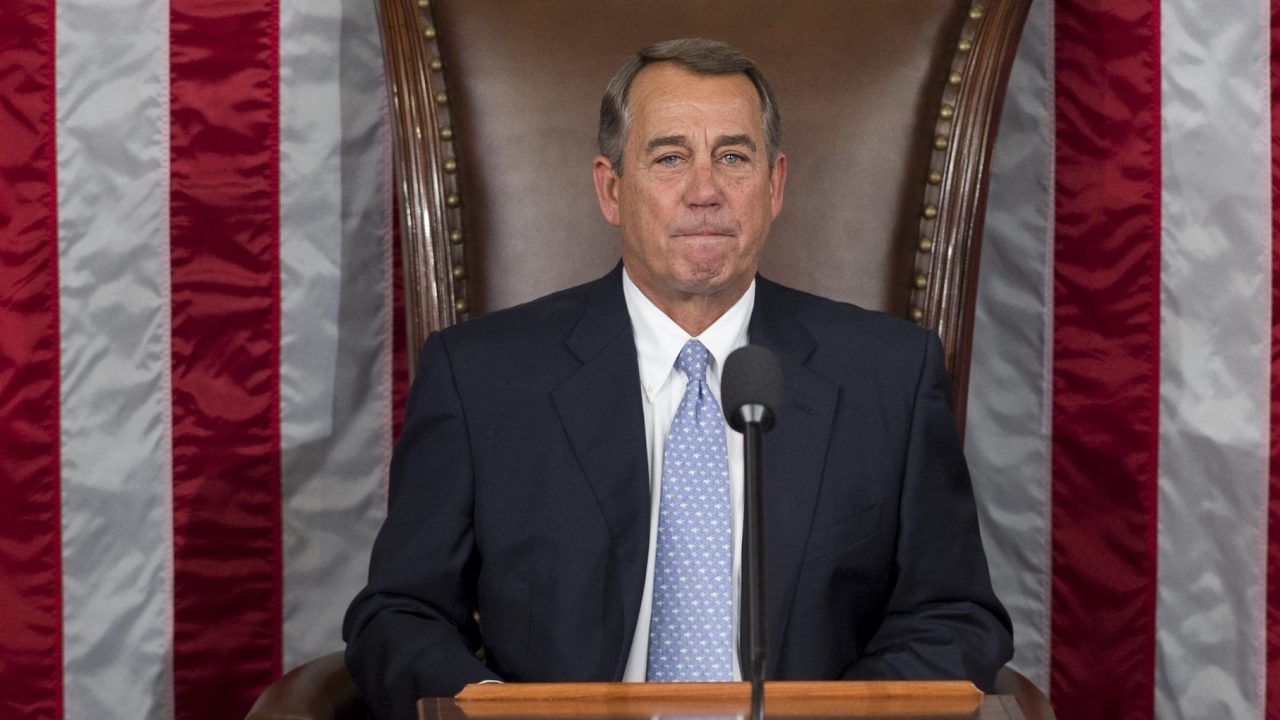 Former House Speaker John Boehner (R-Ohio) is not confident the Republicans will ever fully repeal and replace Obamacare, despite repeated GOP promises to do just that.

“[Congressional Republicans are] going to fix Obamacare — I shouldn’t call it repeal-and-replace, because it’s not going to happen,” Boehner said Thursday during a health care conference in Orlando, according to Politico.

Instead, the former lawmaker argued, Republicans will end up making tweaks to the Affordable Care Act. In fact, when the idea of a full repeal and immediate replace of Obamacare was presented — and endorsed by President Donald Trump — Boehner said he “started laughing.”

“Most of the framework of the Affordable Care Act, … that’s going to be there,” Boehner said, adding, “Republicans never ever agree on health care.”

According to a CNN poll from January, a majority of Americans — 55 percent — favor a full repeal and replacement of Obamacare.

Obamacare’s repeal has been on the Republican Party’s agenda ever since its passage in 2010 and Boehner led the fight to roll back former President Barack Obama’s signature legislation, though the GOP has never been able to reach an agreement about what, exactly, should replace the health care policy.

“If you’re going to repair the American health care system and fix its problems, you have to repeal Obamacare and replace it with something better: patient-centered health care,” the speaker told NBC News’ “Meet the Press” host Chuck Todd. “And that is how you repair this health care system.”

“Somewhere along the line, there was confusion that we were going to take the Obamacare architecture and, you know, tinker at the margins and repair it,” he added. “You can’t. It is a collapsing law.”

Trump, who vowed in January to provide “insurance for everybody,” told reporters last week that his administration has begun “preparing to repeal and replace Obamacare,” which he called a “disaster,” and promised to unveil a reform plan by next month.

On his first day in the Oval Office, the president signed an executive order intended to “ease the burden of Obamacare” by no longer requiring federal agencies to comply with all the regulations outlined in the health care legislation.

As TheBlaze previously reported, an increasing number of insurers are looking for ways out of the Obamacare exchanges as enrollment numbers are on the decline and Republicans are working to do away with the law.

The CEO of Aetna, a major health insurance provider that has already largely drawn back its presence in the Obamacare exchanges, said last week that the health care legislation is in a “death spiral.”

“It’s not going to get any better; it’s getting worse,” Mark Bertolini said.