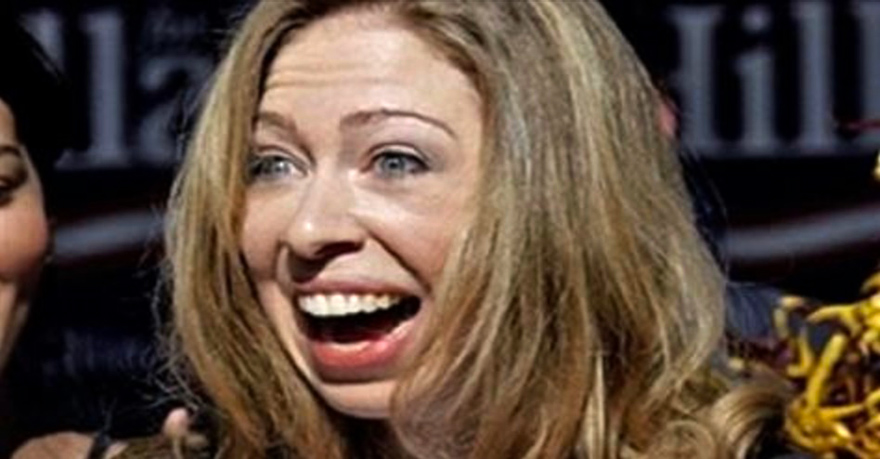 It pays to be friends with the Clintons. Literally.

It turns out that a company whose president, Jacqueline Newmyer, a best friend to Chelsea Clinton received over $11 million over the last 10 years from a very secretive Department of Defense think tank, but the group has zero security clearance therefore cannot handle classified information.

Even worse, Hillary Clinton, while Secretary of State promoted this group and offered to help them secure Defense Department contracts. (Shocker)

Jacqueline Newmyer, the president of a company called the Long Term Strategy Group, has over the last 10 years received numerous Defense Department contracts from a secretive think tank called Office of Net Assessment.

The Office of Net Assessment is so sensitive, the specialized think tank is housed in the Office of the Secretary of Defense and reports directly to the secretary.

To date, the Long Term Strategy Group has received $11.2 million in contracts, according to USAspending,gov, a government database of federal contracts.

Apparently after a decade of receiving contracts from the Office of Net Assessment (ONA), the Long Term Strategy Group is in the process of getting security clearance.

Adam Lovinger is a 12-year veteran of ONA and a whistleblower who has repeatedly warned of ONA’s cronyism.

Chelsea Clinton and Jacqueline Newmyer met at Sidwell Friends School, a private school in D.C. They are so close that they were in each other’s weddings.

Then-Secretary of State Hillary Clinton put Newmyer in touch with Michèle Flournoy, Barack Obama’s undersecretary of defense according to emails from Hillary’s PRIVATE server released by the State Department thanks to a FOIA lawsuit filed by conservative watchdog group Judicial Watch.

In 2016, whistleblower Lovinger sent out a flurry of memos warning once again about ONA’s bad reputation of “sweet-heart contracts to a privileged few”. Lovinger’s security clearance was subsequently suspended in what he describes as retaliation.

Lovinger was removed from the National Security Council after they pulled his security clearance, however; he was exonerated from all accusations.

Lovinger also complained about ONA’s reports being ‘thin’. Basically, these are just a bunch of inexperienced suits getting paid because they know the right people.

One of Lovinger’s main complaints about ONA was that many of the reports contractors wrote imparted very little new information to the think tank. “Over the years ONA’s analytic staff has expressed how they learn very little from many (if not most) of our often very thin and superficial contractor reports,” he wrote in the Sept. 30, 2016 email.

Lovinger also suggested in a March 3, 2017 memo to the record that contractor studies should be peer-reviewed: “There has never been an external review of these contractors’ research products,” he said, adding, “It is now clear that over several decades the office transferred millions of dollars to inexperienced and unqualified contractors.”

This is just the tip of the iceberg when it comes to people in the D.C. swamp feeding at the trough of taxpayers. In D.C. all you have to do to make a good living is know the right people instead of producing anything of value.

It wouldn’t be surprising if the Clintons received a little kickback through the Clinton Foundation for Hillary ‘nudging’ others to use this worthless group.