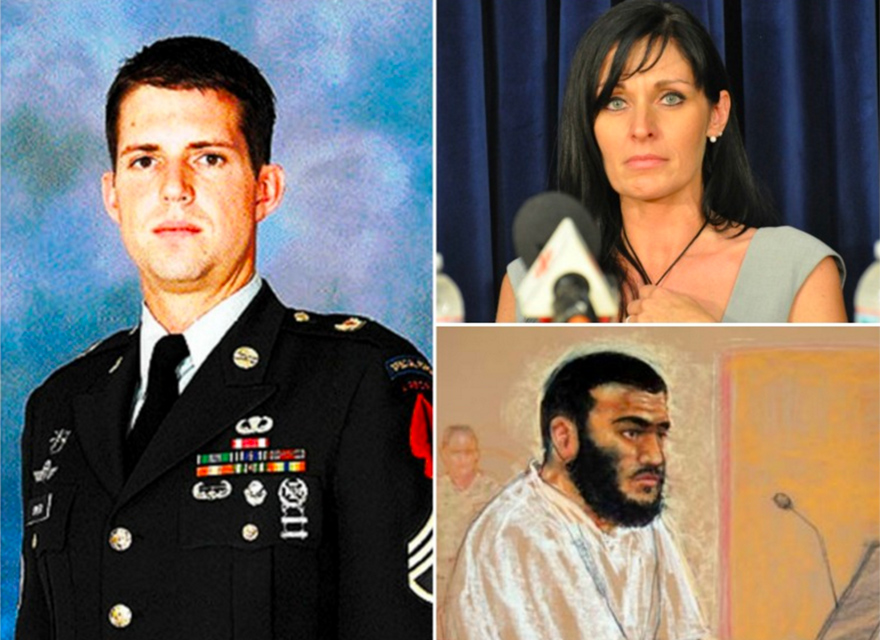 We have President Obama to thank for this. He released this murdering savage from Gitmo.

In 2002, Khadr murdered Sgt. Christopher Speer, an American medic, by throwing a grenade at him, making Speer’s wife a widow and his two children fatherless. U.S. Army Sgt. Christopher Speer was a combat medic with a Delta Force. Speer was awarded the Soldier’s Medal for risking his life to save two Afghan children who were trapped in a minefield on July 21, 2002, two weeks before his death.

The notorious Omar Kadr says he can’t be sure the grenade he threw was responsible for murdering U.S. Army Sgt. Christopher Speer or not. What difference does that make? He threw it. End of story.

The Canadian government should be giving the ten million to Speer’s widow and fatherless children.