Can’t say we didn’t warn you: Most Democrats don’t sympathize with Israel 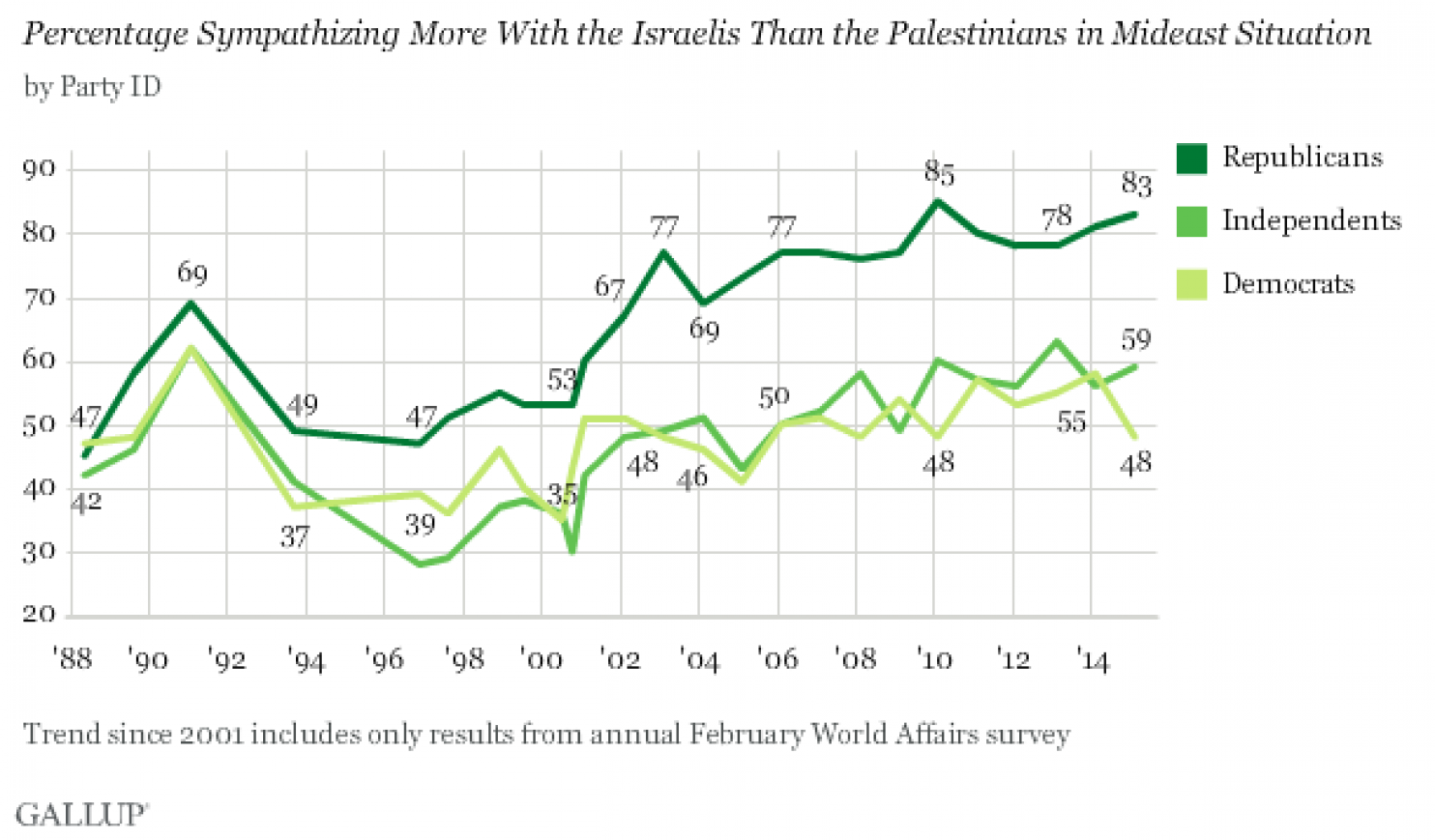 There is no such thing as a “Palestinian” people – it is an anti-Semitic lie meant to destroy Israel.

An annual Gallup survey that asks voters whether they sympathize more with Israel or the [so-called] ‘Palestinians’ shows that most Democrats don’t sympathize with Israel.

As that graph of the trend by party shows, that summary masks some nuance. That 48 percent of Democrats is actually up significantly since the mid-1990s — as is the figure for Republicans.

Over the past 12 months, though, there’s been a drop of support for Israelis of about ten points by Democrats, a plunge that rivals the decline seen among all parties after a boost of support during the first Gulf War. Gallup suggests that timing may have played a role. The survey was conducted earlier this month, as the debate over Israeli prime minister Benjamin Netanyahu’s upcoming speech to Congress began to heat up. The speech and the invitation that prompted it have been criticized in the United States and in Israel as injecting partisan politics into the relationship between the two countries. Gallup’s survey suggests that might be true.

The graph above also masks Americans’ overall support of Israel. Seventy percent of Americans rate Israel favorably, down a tick from the 72 percent expressed in 2014, but nothing substantial. That trend has also been consistently upward since the 1990s.

They also sympathized with us after they abandoned us in the Holocaust and they would undoubtedly sympathize with us if we were good Jews and went to the Iranian nuclear slaughter, God Forbid. Here’s hoping that Netanyahu speaks and who cares what Democrats think.

80% of American Jews will blindly vote for whoever is the Democratic candidate in 2016 anyway. Obama will burn in hell. What could go wrong?