Racial and ethic minorities children under the age of five are now the majority as non-Hispanic white children make up an ever-smaller slice of the population, according to the Census Bureau. 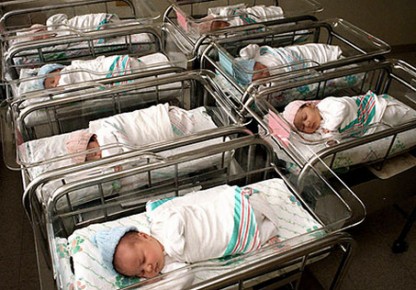 The Census reports that in the past decade, the population has become more diverse, with the percentage of ethic and racial minorities growing from 32.9 percent to 37.9 percent over the last decade.

Indeed, the report notes that Millennials — now representing more than a quarter of the population, more than the 75.4 million Baby Boomers — are more diverse than earlier generations as 44.2 percent belong to a minority group.

There are other states on the precipice of a minority-majority population such as Nevada where 48.9 percent is minority.

According to the Census more than 11 percent of the nation’s 3,142 counties, or 364, were already majority-minority. This year, the Census noted that five became majority minority between 2013-2014, specifically: Russell, Alabama, Newton, Georgia, Eddy, New Mexico, Brazoria, Texas, and Suffolk city, Virginia.

The data comes as a Census report earlier this year projected that by 2044 more than half of the population in the United States would be part of a minority group.