“Chief Rabbinate should not prohibit Jews from visiting Temple Mount” 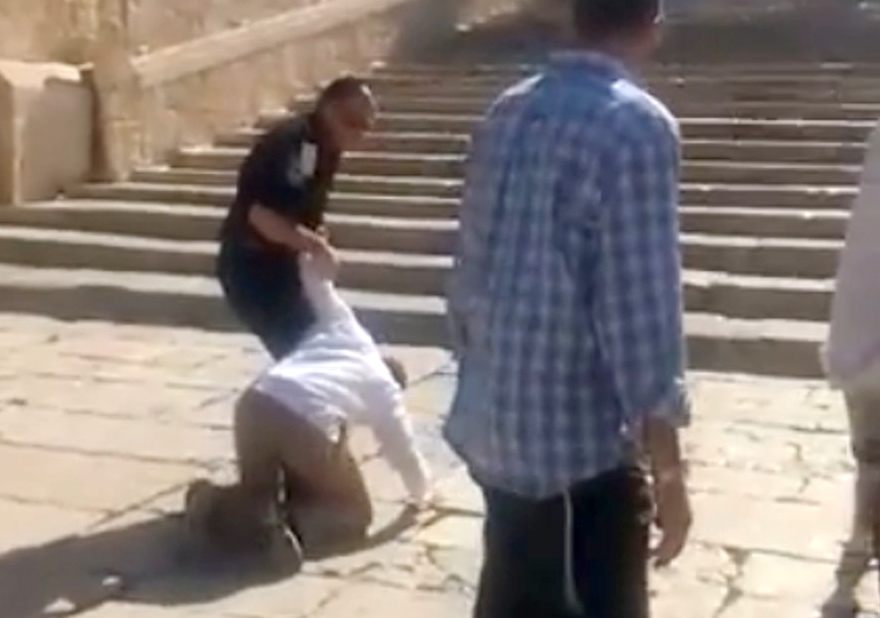 And don’t think for a second that Netanyahu or the Knesset has helped one single bit in the fight against making it illegal for Jews to visit the holiest site in Judaism in order to appease Muslim terrorists.

A special conference of the Knesset Lobby for Strengthening the Jewish Connection to the Temple Mount, headed by MK Yehuda Glick and Chairman of the Jewish Home faction MK Shuli Moalem-Refaeli, was held Tuesday.

The meeting was held under the title ‘The Rabbinate and the Temple Mount.’ Dozens of rabbis and activists took part in the event.

At the meeting, the Lobby for Strengthening the Jewish Connection to the Temple Mount called on the Chief Rabbinate to reconsider its opposition to Jews ascending the Temple Mount.

The journalist and Temple Mount activist Arnon Segal conducted a historical survey of the visits to the Temple Mount by great Jewish sages throughout history and the development of the opinion that it is forbidden for a Jew to ascend the mount, which is the holiest site in Judaism.

MK Shuli Moalem-Refaeli saId: “There is a phenomenon in which certain rabbis and their Torah are invalidated only because they belong to certain ‘streams’ in Israeli society, or whose position on the issue is the opposite of that of those doing the invalidation. The rulings of the rabbis sitting here are based entirely on the Torah and the literature of the Sages, due in part to the reality in which the Arab world is working to erase any connection we have to the Temple Mount, and according to the Israeli public, which has rejected Moshe Dayan’s idea of the Temple Mount for the Arabs and the Western Wall for the Jews.”

MK Yehuda Glick added, “One of the most difficult feelings I experience when I learn about the establishment of the State of Israel is that you hear rabbis’ claims that the State of Israel is secular. And you say to them: If you rabbis would join the state in its establishment, you would influence it. Instead most rabbis opposed it and then wondered why it is secular.”

“We do not go up to the Temple Mount to demonstrate. We go up to see the face of G-d,” MK Glick said. It is important for us that the rabbinical leadership take the lead. On the other hand, even if the rabbinical leadership restricts us within the Temple Mount to places where it is permitted to go, I will accept their guidance and I am prepared to accept any instruction from the Chief Rabbinate on this matter. But it is impossible to sustain respect for a father or mother by escaping from the parents, and thus it is impossible to sustain veneration of the Temple by fleeing from it,”

Rabbi Yisrael Ariel, head of the Temple Institute, said: “Today there is a reality of denial of the destruction that was and denial of the Temple’s existence. My friends who were with me on the day of the liberation of Jerusalem fifty years ago did not ask questions about where the borders are. Soldiers paid with their lives in that war knowing what the Temple Mount was for us. One should not be moved by the calls not to go up to the Temple Mount. That will change. The belief that among the people involved in this will bring about the change.”

Rabbi Menachem Makover, who also participated in the conference, called for a rethinking of the topic. “We pray every day and wish for the Temple, but where are we actually on this subject ?! The prohibitions of knowledge that are threatening us around the issue of the fear of the Temple create here a reference that is not correct and must be corrected. We have Halakhic facts on the ground on the areas permitted on the Mount. The forbidden section is only 5% of the Temple Mount. Therefore, one who wishes to ascend in holiness and purity should be allowed to do so. Therefore, in the long term, we must act with the Chief Rabbinate to remove the prohibition.”