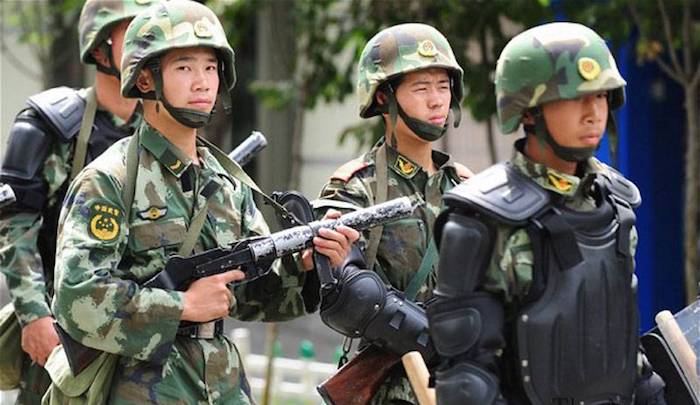 And leftists blame the victims instead of the terrorists… again.

“The government has blamed the unrest on Islamist militants [that’s the leftist term for terrorists], though rights groups and exiles say anger at Chinese controls on the religion and culture of Uighurs is more to blame for the unrest.”

Why, of course. What Islamic jihadists do is never their fault or responsibility, and never comes from imperatives in the Qur’an mandating warfare against unbelievers. It is always the fault of the Infidels. Everyone knows that. Just ask John Kerry.

Attackers drove a car into a government building in China’s unruly far western region of Xinjiang on Wednesday and set off an explosive device killing one person, while all four of the attackers were shot dead, the regional government said.

Hundreds of people have been killed over the past years in resource-rich Xinjiang, on the borders of central Asia, in violence between the Muslim Uighur people who call the region home and ethnic majority Han Chinese.

The government has blamed the unrest on Islamist militants, though rights groups and exiles say anger at Chinese controls on the religion and culture of Uighurs is more to blame for the unrest. China denies any repression in Xinjiang….

It said the four “thugs” drove a vehicle into a yard at the county Communist Party offices and detonated an “explosive device”, but were all shot dead.

Three people were injured and one other died, it added, without giving details….

In a separate English language report, the official Xinhua news agency described the incident as a “terrorist attack”. It gave no other details aside from those in the government statement….