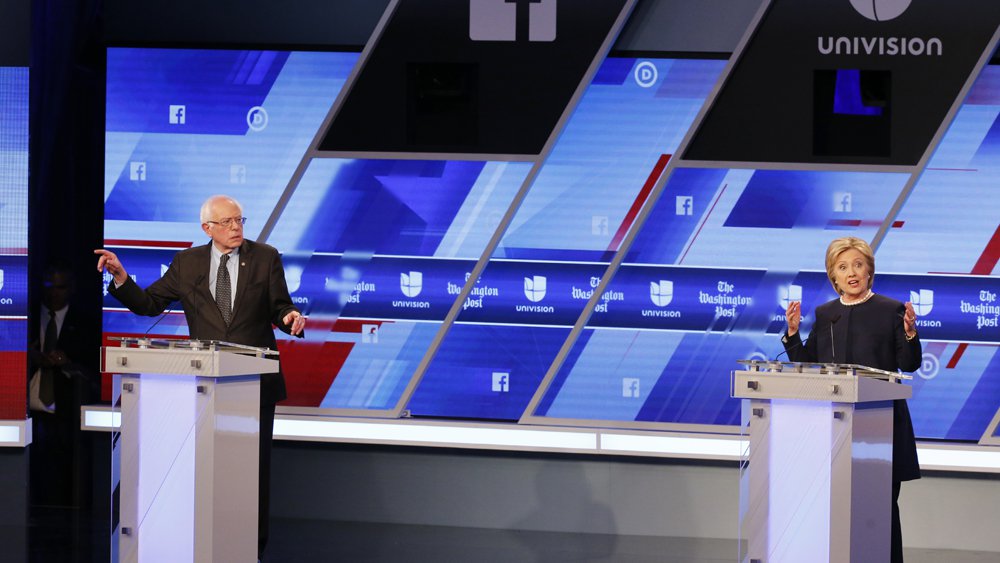 What is an environmentalist to do these days? You can support windmills, so long as they don’t disrupt ridgelines, where the wind happens to blow. You have to approve of solar power, except when a solar power plant might disrupt efforts to restore migration routes for 100 sheep in the Mohave Desert. And you once were supposed to support natural gas as a “bridge fuel” between coal and something else, until you weren’t.

Now the requirement appears to be that you must oppose fracking at all costs, even though it will likely mean increasing emissions of greenhouse gases.

That’s the conundrum Hillary Clinton and Bernie Sanders now find themselves in.

At the Democratic debate in Flint, Mich., over the weekend, Sanders said simply that “I do not support fracking.” Clinton said she supported it in theory, but that “by the time we get through all of my conditions, I do not think there will be many places in America where fracking will continue to take place.”

The problem is that fracking is directly responsible for the sharp decline in CO2 emission in the U.S., which both Bernie and Hillary have said is the biggest threat humanity has ever faced.

For those who don’t know, fracking is a new drilling technology that has opened vast new supplies of oil and natural gas within the United States. In fact, more than half of natural gas in the U.S. is now produced through fracking.

The huge increase in natural gas supplies caused prices to plunge, which in turn encouraged many power plants to switch from (high CO2 emitting) coal to (much lower CO2 emitting) natural gas.

Mother Jones, a liberal publication, noted that while efficiency gains and increased use of solar and wind have lowered greenhouse gas emissions somewhat, “the swapping of natural gas for coal has arguably been the most vital.”

The magazine went on to point out that “limiting fracking could backfire” because “there’s a good chance that efforts to restrict fracking could lead to the burning of more coal” as a result of sharply higher natural gas prices.

Environmentalists complain — wrongly — that fracking harms water supplies, and — correctly — that the process of extracting natural gas releases methane,  another greenhouse gas. But methane is different from CO2 in that it doesn’t last long in the atmosphere, whereas carbon dioxide stays up for decades.

In other words, environmentalists — as they seem increasingly bent on doing — are making the perfect the enemy of the good.

All this, of course, assumes that scientists are right in their doomsday scenarios about global warming, about which there is considerable doubt — despite attempts to make it seem that none exists.

But Hillary and Bernie are true believers in the climate change horror story. That makes their opposition to fracking not just “unrealistic,” but utterly incomprehensible.