CNET: I support Net neutrality, but that is not what the FCC just did 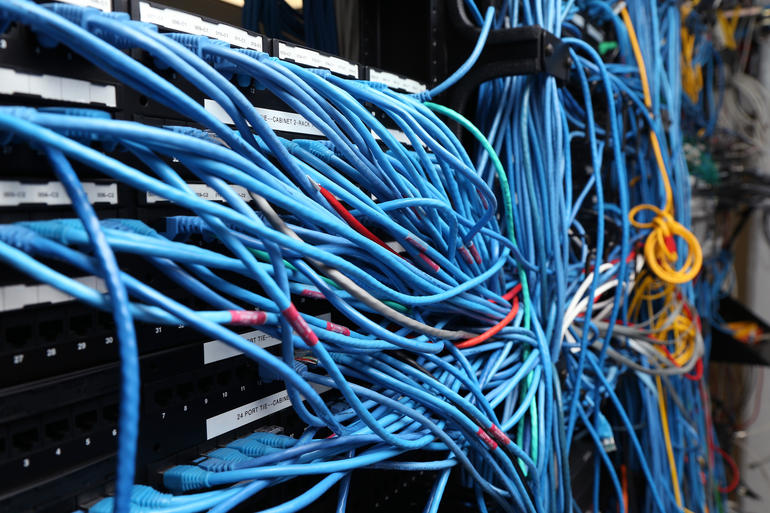 The new regulatory action by the FCC has sweeping implications for the Internet, and the price we will pay over time for this radical shift will be severe.

The Federal Communications Commission just approved one of the most expansive regulatory actions in the agency’s history. In one stroke, the commission has tainted its independence, radically departed from a decades-old bipartisan national policy of not regulating the Internet and expansively broadened its regulatory power without direction from Congress.

On Thursday, the FCC passed Net neutrality regulation that reclassifies broadband as a Title II service, akin to the old telephone network — a sweeping move that has significant regulatory implications, not just for Internet service providers, but for the entire broadband market including edge providers, middle-mile operators, and backbone facilities that together make up the interconnected networks of the Internet.

The commission justified these measures under the banner of preserving Net neutrality; yet it has gone well beyond that reasonable objective. In fact, there is little disagreement over the substance of open Internet principles. The cable industry has lived by the Four Freedoms that I laid out as FCC chairman roughly a decade ago — freedom to access content, to run applications, to attach devices and to obtain service plan information. We further accepted the FCC’s effort in 2010 to adopt rules reflecting these freedoms and sought to live by this policy rather than litigate. And since then, we have faithfully adhered to these important consumer protections in building an open Internet even though a more recent court decision threw out two of the three rules.

In the short term, the Internet will not work differently. But the price we will pay over time for this radical shift in regulation will be severe.

The FCC has said it wants to protect an open Internet, but its actions extend well beyond Net neutrality. Instead, it is ushering in a backward-looking regulatory regime that is unsuited to the dynamic and innovative Internet. Thursday’s vote will allow the FCC to regulate rates, set terms and conditions of business relationships, and dramatically increase the cost of network deployment. It also gives state and federal governments new opportunities to impose taxes and fees on consumer bills.

What will this mean for American consumers? In the short term, the Internet will not work differently. We will continue to enjoy the same open Internet experience that we do today. But the price we will pay over time for this radical shift in regulation will be severe. Consumers are likely to see higher bills from new taxes and fees and expenses related to regulatory compliance, along with a host of unintended consequences. They will wait longer to receive faster next-generation services. Internet providers, which spend massive capital to dig up streets, hang wires and connect homes, will see this intense chain of activity subjected to regulatory second-guessing that will slow the dynamic improvements we all desire. And garage startups, which today assert with confidence that the new regulation doesn’t apply to them, will soon find themselves caught in the government’s ever-expanding web.

Internet evangelists frequently promote the virtues of innovation without permission. We now move to a world that turns that on its head. Networks may be less exciting than new software apps, but they too require innovation, evolution and revolution. That process now is subject to constant bureaucratic review, political considerations, and collateral attack by competitors.

The FCC is attempting to sell its action out of both sides of its mouth. To one audience it brags it is adopting the strongest rules possible, while simultaneously trying to assure others its plan is a light-touch, modern regime with no government entanglement in the market. It is dream-weaving to suggest that a regulatory agency, having built a new regulatory platform, will not expand its intervention with time. It always happens.

Today’s commission cannot anticipate the actions of future commissions that will now have regulatory weapons never before available. The FCC cannot fully control the actions of state taxing authorities that will seek to expand their reach. It is naive in not appreciating that competitors will now have a new forum to slow, impede or attack competitors. Large regulatory systems more often serve as fences that keep new competitors out, thereby strengthening the market advantage of incumbents. And the FCC moves Internet policy from a framework of cooperation to one that is adversarial and highly partisan, resulting in more litigation and court decisions on how the market works.

Thursday’s action begins a new chapter of competing visions for the Internet — one where government regulators play a central role in directing how the Internet evolves, versus one in which entrepreneurs, private enterprise and consumers expressing their preferences set the terms for the future. The latter has a superior record in delivering value to consumers. The former has repeatedly failed.

The FCC unfortunately has chosen a path that will lead to prolonged litigation, marketplace uncertainty and unintended consequences that could stretch throughout the entire Internet ecosystem. This is a seminal transformation, but it will not be the last word. We regrettably will be forced to seek redress in other branches of government, and the promise of permanent Net neutrality protections will be deferred to another day.