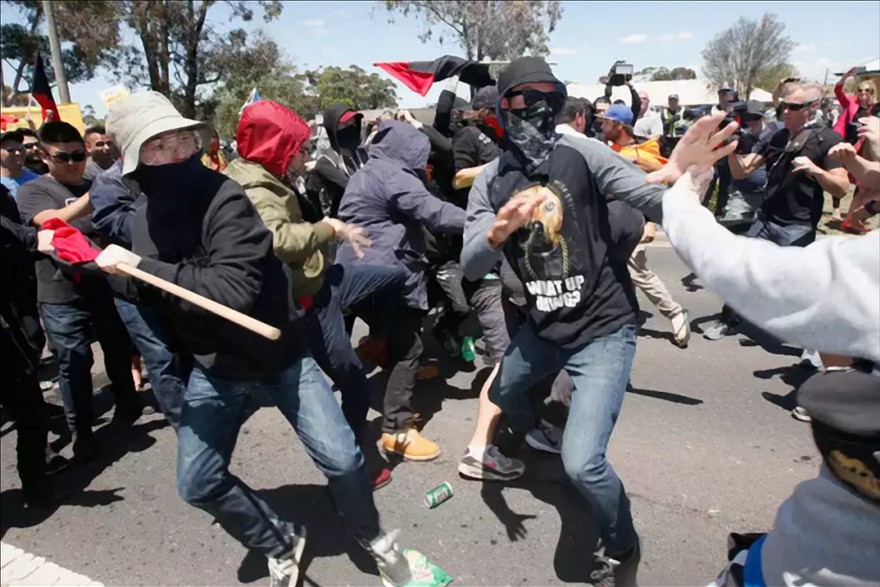 From the creation of “safe-space zones” to the rioting at places like UC Berkeley, a generation of hyper-sensitive “snowflakes” are creating a clear and present danger to the First Amendment right to free speech. In the world of today’s college students, sticks and stones may break their bones, but offensive words and politically incorrect opinions cause certain death.

In the fall of 2016, a survey was released showing that half the college students in America approved of limits on their speech and the speech of their professors. And even more of them said that schools should monitor the speech of speakers who come to campus and ban them if their speech is considered unacceptable.

However, a new poll from Brookings Institute shows how the anti-free speech movement has been picking up steam.

In the Brookings survey of college students, one in five respondents were not only OK with silencing a speaker who says “offensive and hurtful” things, but they also favored the use of violent force to do so; a number that included 22 percent of those who identified as Republican. Additionally, nearly 40 percent of students believe that hate speech should NOT be protected by the First Amendment, and over 50% support “shouting down” offensive speakers.

1/5 of students think its acceptable to use physical force against speakers who say “offensive and hurtful” things. https://t.co/R8VMXp3AjK pic.twitter.com/oukvziZ8I4

The implications of this Constitution-killing attitude go far beyond the direct threat to free speech; it also impacts the rest of our First Amendment rights.

For example, the belief that so-called “hate speech” shouldn’t be Constitutionally protected has served as the fuel behind the Black Lives Matter movement; it has been used to silence Christians who object to the LGBT agenda (freedom of religion), and it has been used by Trump and members of Congress in an open attempt to silence the media (freedom of press).

To say that this attitude is troubling would be an understatement. In the words of Benjamin Franklin–a name in danger of being eliminated in Dallas school districts because he might have an offensive connection to slavery–this anti-free speech mentality will result in America’s destruction:

What a radical. I’m guessing that Mr. Franklin wouldn’t be welcome on today’s college campuses.