Communist China Demands Israel Give Up Land to Terrorists 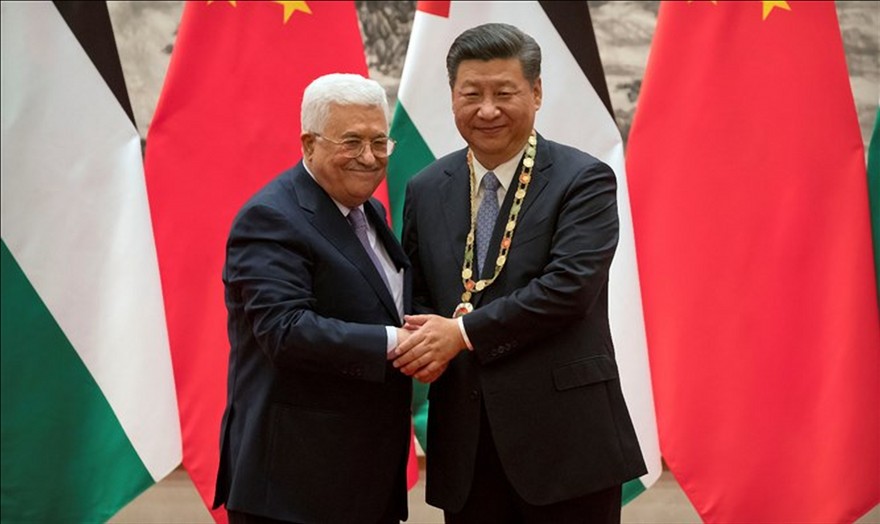 Now China is joining in and demanding a so-called “Palestinian” state with Jerusalem as it’s capital:

China’s ambassador to the UN on Monday urged the international community to support President Xi Jinping’s four-point proposal to end the Israeli-Palestinian conflict and establish an independent Palestinian state, The Associated Press reported.

The ambassador, Liu Jieyi, was quoted as having said at a news conference that China’s future diplomatic efforts will focus on trying to move toward a negotiated solution based on the four proposals.

The four-point proposal was first presented by Xi in 2013. Xi signaled China’s stepped-up engagement in the Middle East when he met about two weeks ago in Beijing with Palestinian Authority (PA) chairman Mahmoud Abbas and outlined the plan.

The four points are: Advancing a two-state solution based on the pre-1967 borders with eastern Jerusalem as the capital of a new Palestinian state; Upholding “the concept of common, comprehensive, cooperative and sustainable security,” immediately ending Israeli settlement building, taking immediate measures to prevent violence against civilians, and calling for an early resumption of peace talks; Coordinating international efforts to put forward “peace-promoting measures that entail joint participation at an early date”; and promoting peace through development and cooperation between the PA and Israel.

In his recent meeting with Abbas, Xi reaffirmed China’s support of a two-state solution, with an independent, fully sovereign Palestinian state, bounded by the pre-1967 borders and with eastern Jerusalem as its capital.