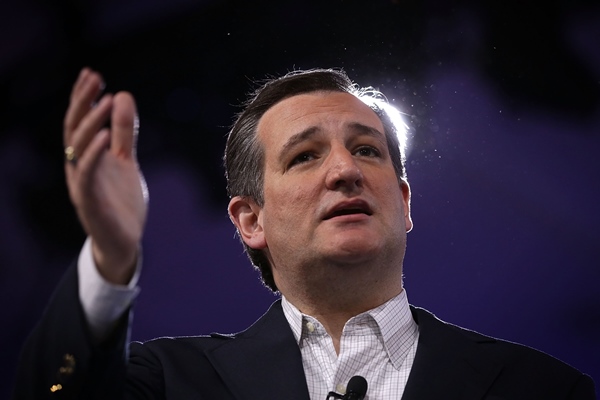 Republican White House hopeful Ted Cruz easily defeated frontrunner Donald Trump in the race to be the party nominee for the 2016 presidential election in the Saturday caucus in Wyoming.

With all votes counted, Texas Senator Cruz won 66.3 percent of the ballots in the western state, far ahead of his nearest rival, Florida Senator Marco Rubio, who earned 19.5 percent of the vote, US media reported.

Taking time to campaign off the beaten path helped Cruz dominate Republican county conventions in Wyoming, where he won nine of 12 national delegates at stake Saturday.

One county — Crook — didn’t commit to any of the candidates.

Cruz is “the only principled and unwavering conservative” in the race, Dick Shanor said before being chosen to represent Laramie County at the national GOP convention.

“Ted has proven he is not subject to the influence of D.C. insiders. Nor is he a mainstream, status-quo type of guy,” Shanor said. “He is truly a virtuous man.”

More than 200 people took part in the Laramie County convention at a community center in Cheyenne. They wrote their preferred candidates on blue notecards and deposited them in a cardboard box at the front of the room as their names were called.

Rubio finished second for the day, narrowly losing in Converse and Teton counties. In Laramie County, Khale Lenhart tried unsuccessfully to get fellow Republicans to send him to the national convention as a Rubio supporter.

“One candidate stands out for his ability to bring his message of conservatism to people who haven’t heard it before,” Lenhart said of Rubio. “He is the best opportunity for our party to build something larger that lasts.”

Trump’s over-the-top persona played poorly in Wyoming except for Teton County, where he edged Rubio.

“Anybody but Mr. Trump,” said John Wheeler, a Laramie County participant. “He thinks he can win the election because he’s a billionaire.”

Cruz can claim he has momentum from Wyoming headed into next week’s big primaries in Florida, Ohio, Missouri and elsewhere. He hasn’t won Wyoming yet, however. More than half of the state’s available GOP delegates remain unallocated.

Wyoming will send a total of 29 delegates to the national convention, more than any state of similar size because of its strong Republican leanings.

Cruz is the only active GOP candidate to have campaigned in Wyoming. He pledged at a rally near Cheyenne last year to reverse federal regulations affecting the coal industry.