Cruz on Biased News Reporting of Rubio: ‘Looking Forward’ to ‘Wall-to-Wall Coverage’ of My Third-Place Finish 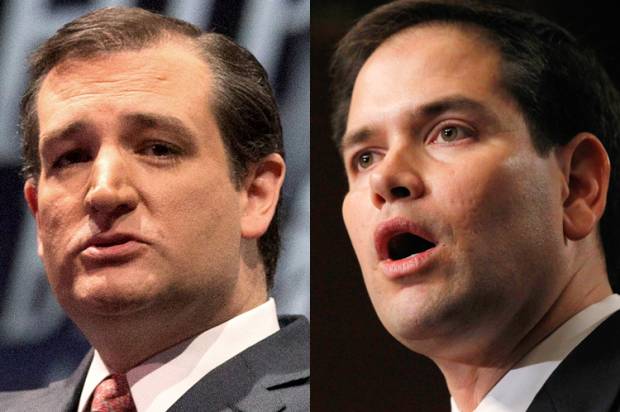 Ted Cruz, who came in third in New Hampshire’s primary Tuesday, wants to know if he’ll get the same Fox News coverage GOP presidential rival Marco Rubio got out of his third-place finish in Iowa, all while insisting he is the only candidate who can defeat front-runner Donald Trump.

“I’m looking forward to wall-to-wall coverage from Fox News with the news that Rubio got,” the Texas senator told reporters in Myrtle Beach, South Carolina on Wednesday, reports CNN’s “At This Hour With Berman and Bolduan” program. “I’m sure that’s what we’ll see on every show on Fox today, the shockingly third-place finish of Iowa.”

But, he told reporters, “we won Iowa despite all of the predictions and we beat Donald Trump.”

Further, he said, everyone said that a conservative could not compete in a moderate New England state like New Hampshire, but those predictions proved wrong.

“This is a national campaign and one of the most important conclusions coming out of these first two states is that the only candidate who can beat Donald Trump is me,” said Cruz. “The other candidates are unable to do so.”

One of the “realities,” Cruz said, is “you cannot beat Donald Trump running from the left. When you see more establishment candidates saying, ‘gosh, Donald, we need more amnesty, gosh, Donald, don’t be so tough on radical Islamic terrorists,’ that is not going to work. That will not not beat Donald Trump. The only way to beat Trump is to highlight that his record is not conservative.”

And he called on voters to look at “who has walked the walk” on significant issues, such as health care, promising to “repeal every single word of Obamacare.”