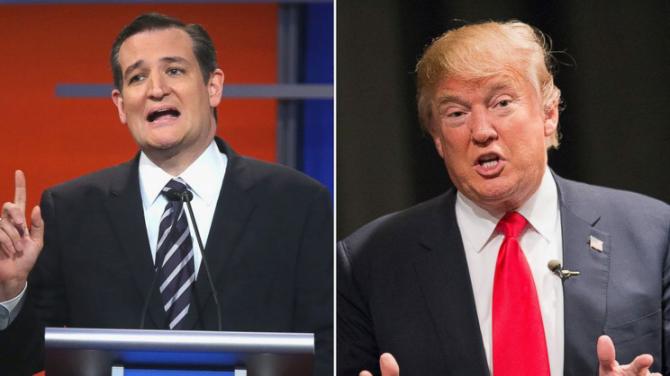 Ted Cruz says Donald Trump has no choice but to engage in profanity because the billionaire businessman can’t defend his record.

“Part of the reason that Donald engages in insults is because he can’t discuss the substance. He can’t defend his record. For example, a vote for Donald Trump is a vote for Obamacare,” Cruz told reporters as he walked into the diner.

Cruz says, “Donald can’t defend that. So instead, his approach is to engage in a profane insult. I’m not going to respond in kind.”