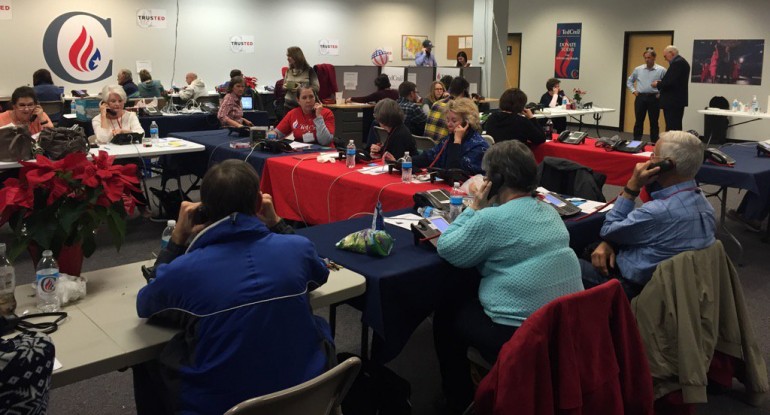 On Monday night, the Republican Party gave the first victory of 2016 to the first Hispanic candidate for president of the United States, Ted Cruz.

Sen. Cruz won for many reasons: his outsider appeal, disciplined message, and sophisticated get-out-the-vote operation. But after two trips to Iowa to volunteer for Cruz, I noticed something else about the Cruz campaign that probably made a difference.

I’ve worked on many campaigns. I started with George W. Bush’s 2004 campaign when I was 14, and I’ve volunteered at the grassroots level every year since. A wise mentor once told me the kind of organization a leader builds says a lot about him.

There was something different about the Cruz campaign, including many signs of kindness and courage:

It takes courage for a campaign to trust its supporters to get into conversations after the script runs out. You have to have faith in your volunteers to be smart and kind. You have to be fearless enough to entrust the fate of your candidacy to these thousands of little disparate judgment calls and conversations.

Of course, courage and kindness are the hallmarks of our constitutional regime: in representative government, we believe in government by debating, deliberating, and coming to civil conclusions through persuasion, and it is fundamentally courageous for a nation to trust its citizens with self-government. The culture of the Cruz campaign in Iowa was bold and forceful, but also kind and thoughtful, and I don’t anticipate that changing going into other states. Through the lens of my experience, this is a campaign worthy of the republic it hopes their candidate will lead.