Government allowing illegal immigrants to serve in the U.S. military 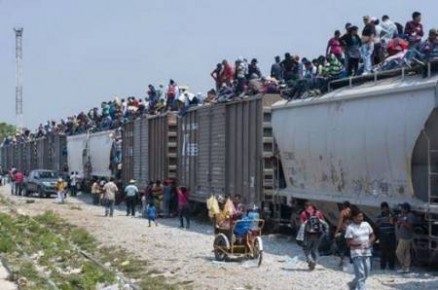 Republican Rep. Mo Brooks on Thursday opposed a Democratic amendment to a $612 billion defense spending bill approved by a House committee that would allow illegal immigrants to serve in the U.S. armed forces because it would replace Americans who are being downsized.

“It makes no sense to me that, at the same time the Army is downsizing and issuing pink slips to American soldiers serving in Afghanistan, there are congressmen who help illegal aliens deprive American citizens of military service opportunities,” the Alabama legislator said.

The U.S. military has been downsizing to meet the sequestration requirements set by Congress in 2011.

“It’s appalling that some members of the Republican conference, and frankly all members of the Democratic conference, place illegal immigrants on pedestals over American citizens, contrary to the needs and wishes of the American people,” Brooks said.

“Illegal aliens are already taking jobs from and suppressing the wages of struggling American families in the private job market,” he said. “Now, Democrats and wayward Republicans are similarly and actively undermining Americans’ opportunities to serve in the military.”

The amendment, sponsored by Democratic Rep. Ruben Gallego of Arizona, was part of the spending bill that was passed 60-2 by the House Armed Services Committee after a marathon session lasting more than 18 hours and ending at 4:39 a.m. Thursday.

Brooks voted against the overall funding bill — and he was among 30 Republicans voting against the amendment. Six GOP members voted with Democrats.

The legislation, to be taken up by the full House next month, would rescind President Barack Obama’s authority to unilaterally transfer prisoners from the U.S. prison at Guantanamo Bay, Cuba, like he did last year in the controversial exchange of five top Taliban detainees for Army Sgt. Bowe Bergdahl.

Bergdahl, 28, has been charged with desertion and other offenses leading to his capture by the Taliban in Afghanistan in 2009.

The legislation would also block Obama from closing Guantanamo Bay.

Gallego’s amendment, meanwhile, encourages Defense Secretary Ashton Carter to declare that illegals under Obama’s Deferred Action for Childhood Arrivals (DACA) program are “vital” to the country’s national security — enabling them to enlist even though they are not American citizens.

“Dealing with mass immigration and border security is one of America’s highest priorities,” Brooks said. “No other issue has as large an impact on national security and job opportunities for American citizens than border security.

“I was elected to protect and promote the interests of Americans, not illegal aliens,” the congressman added, saying that he would “continue my fight to put Americans first” by working to defeat Gallego’s amendment once it reaches the House floor.