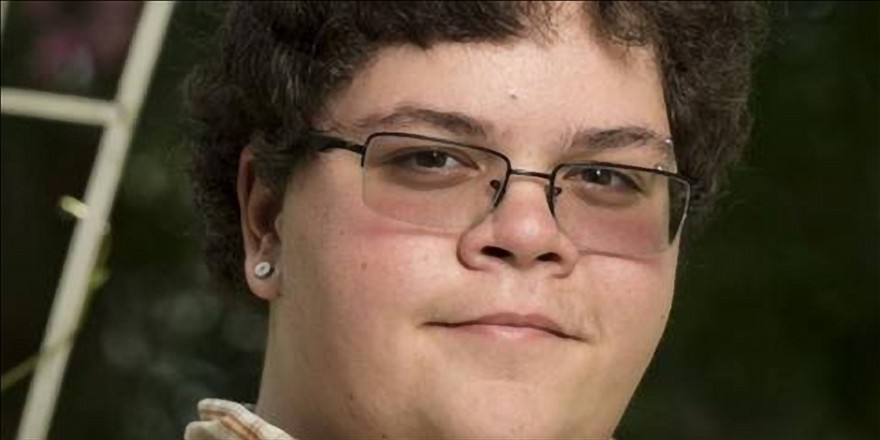 The DOJ held a special event to honor the young woman going by the male pseudonym “Gavin Grimm.”

Yet another cultural rot update.

Yes, the Trump administration rescinded an Obama-era policy that made school bathrooms and locker rooms sexual free-for-alls, in order to give so-called transgendered students more consideration than the other 99 percent of the student body.

That hasn’t stopped the current Department of Justice from celebrating depravity.

On Wednesday, the DOJ held a special event to honor the young woman going by the male pseudonym, “Gavin Grimm,” who sued her Virginia high school for the right to make young men uncomfortable by forcing her way into the most private of places.

Speaking at the event, the desperately ill young woman said:

“Given that today’s administration is largely hostile to LGBT people and especially dangerous to LGBT youth, the gravity of receiving an award from DOJ itself, specifically the Pride alliance within it, is not lost on me at all,” Grimm said at the ceremony.

What a sheltered life this little lady must lead.

Attorney General Jeff Sessions was not at the event, but he was apparently there in spirit.

“We will protect and defend and celebrate that, and protect the rights of all transgender persons,” Sessions said in a conversation with an intern that was caught on camera.

“We are not going to allow persons in this country to be discriminated against or attacked in any way because of their sexual orientation,” he added.

And that hasn’t happened.

The only ones getting attacked are those who say they don’t agree, or that they want private places kept private and their children protected from the alternate lifestyles some people choose for themselves.

Was that hate speech?

I’m sure to some of the afflicted, it was.

Miss Grimm went on to express her appreciation for the DOJ.

“There are good people in the DOJ, they’ve always been here, and always will be here, no matter what kind of administration comes above them,” Grimm said.

I agree, and just because you disagree with some of them, that doesn’t make them any less “good people.”