DOJ: TSA workers smuggled 20 tons of cocaine into the US 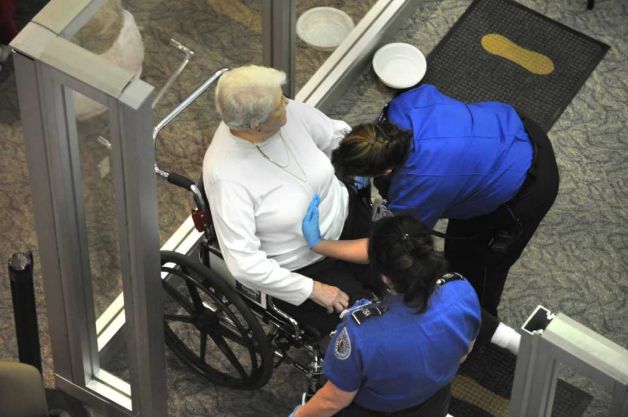 You know the airport security that pat down 10 year old girls and stripped searched disabled senior citizens in wheelchairs? Turns out, some of them smuggled a ton of drugs into the country while they pulled you aside and questioned you because you brought deodorant in your luggage.

The Department of Justice announced Monday the six people named participated in a conspiracy to move 20 tons of cocaine through the San Juan airport. The scheme lasted from 1998 until 2016, according to DOJ.

According to the statement, a drug mule would bring cocaine to the airport and drop it off with a baggage handler with connections to the cartel.

Those TSA agents would then clear the bags, one of the conspirators would take the bag to its designated flight and avoid all law enforcement or drug-sniffing dogs in the process. The conspirator would then call a drug cartel member to inform that person that the drugs had been moved successfully.

Occasionally, as many as five drug mules would be on one flight heading to the continental United States.

According to the indictment, $30 million was seized from two of the defendants. The government estimated that’s how much they made from all the cocaine smuggled through the airport.

“These individuals were involved in a conspiracy to traffic massive quantities of illegal narcotics to the continental United States,” said Rosa Emilia Rodríguez-Vélez, U.S. Attorney for the District of Puerto Rico. “These arrests demonstrate the success of the AirTAT (Airport Investigations and Tactical Team) initiative, which has successfully allocated a dedicated group of state and federal law enforcement officers, whose mission is to ensure that our airports are not used in the drug traffickers’ illicit businesses.”