Donald Trump can’t bear to have anyone question his record. That’s why he won’t debate 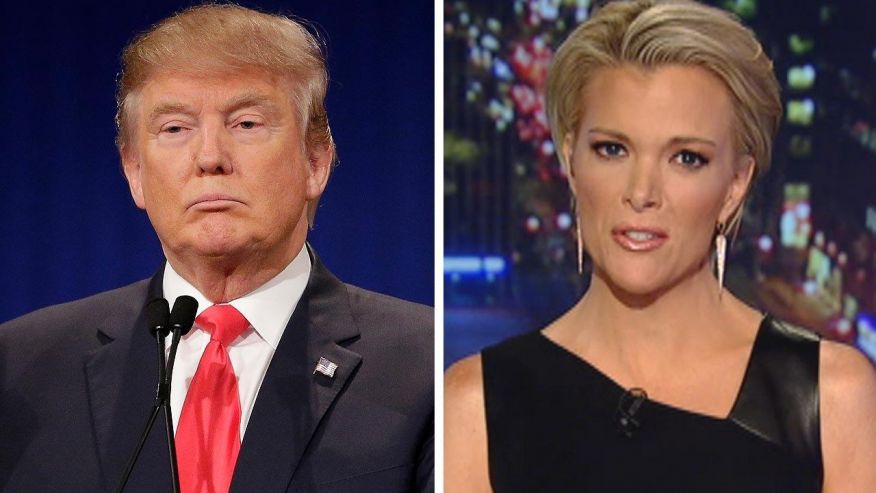 “Donald Ducks.” With a tip of the hat to my friend Chris Loesch for the title, Donald Trump has ducked out of the Fox News debate because the network refused to toss Megyn Kelly from the debate.  Trump has sought, again, to revise history by claiming it was Fox News’s later press release that caused the commotion, but as Fox pointed out, Trump’s campaign repeatedly threatened to attack Kelly if she was not removed.  Fox refused to remove Kelly, so Donald ducked out of the debate.

It is worth remembering what caused this.  It was one question in the very first debate in August of 2015.  Megyn Kelly, the one lady among the moderator panel, asked Trump a question that he is going to get asked by Hillary Clinton, by a general election debate moderator,  and others.  The transcript of the debate shows her question and exchange went this way:

KELLY: Mr. Trump, one of the things people love about you is you speak your mind and you don’t use a politician’s filter. However, that is not without its downsides, in particular, when it comes to women.

KELLY: For the record, it was well beyond Rosie O’Donnell.

KELLY: Your Twitter account has several disparaging comments about women’s looks. You once told a contestant on Celebrity Apprentice it would be a pretty picture to see her on her knees. Does that sound to you like the temperament of a man we should elect as president, and how will you answer the charge from Hillary Clinton, who was likely to be the Democratic nominee, that you are part of the war on women?

TRUMP: I think the big problem this country has is being politically correct.

I’ve been challenged by so many people, and I don’t frankly have time for total political correctness. And to be honest with you, this country doesn’t have time either. This country is in big trouble. We don’t win anymore. We lose to China. We lose to Mexico both in trade and at the border. We lose to everybody.  And frankly, what I say, and oftentimes it’s fun, it’s kidding. We have a good time. What I say is what I say. And honestly Megyn, if you don’t like it, I’m sorry. I’ve been very nice to you, although I could probably maybe not be, based on the way you have treated me. But I wouldn’t do that.

That is it.  That question is what the hubbub is all about.  That.

“I’ve been very nice to you, although I could probably maybe not be, based on the way you have treated me.”  She pointed out Donald Trump’s statements and he turned on her.  He then went on a multi-day attack accusing Megyn Kelly of bleeding from her eyes or “her where ever.”

It seems pretty clear that Trump does not like taking questions about his prior record and past statements.  That is the gist of his rage against Megyn Kelly.  She had the audacity to ask him not about what he will do, but about what he had done and said.  Trump knows his record is his biggest weakness.

Since Trump announced last summer, few in the media have dared review Trump’s record.  His record is a Democrat funder who supports socialized medicine like Bernie Sanders, gay rights, abortion rights, open borders, high taxes, and gun control.  Only recently and opportunistically has he pivoted on most of those issues.

Megyn Kelly dared ask him about his prior statements on women.  He no doubt fears this time she will ask him about his prior positions, including one taken in that first debate in August of last year. Trump defended Canadian style socialist, universal health care. Because of the nature of the debate, no one followed up. It is just the sort of statement Megyn Kelly would seize on.  But Donald Trump cannot have anyone question his authenticity or his record. That is exactly what Megyn Kelly is known for doing and what she would do if Trump got on stage in Des Moines Thursday night.