Donald Trump has a wall in Mexico to sell you 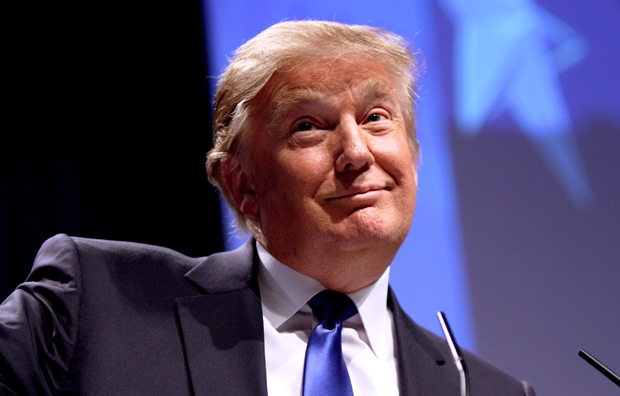 Republican primary voters, you are about to fall for the greatest swindle in American history.

You’re angry; I get it. You thought the Tea Party revolt in 2010 would bring bigger changes. You are tired of being taken advantage of by a political elite that asks you for your vote, promises you big changes, then fails to deliver. So am I.

Then, out of nowhere comes a man who says he will not reform the system, he will ignore it. He will crack skulls, get stuff done. Fix our broken immigration system? He’ll personally build a wall. Revive the American economy? He’ll yell at China until its leaders say “uncle” (in English, probably). Out of control political correctness? He’ll make store clerks say “Merry Christmas.” Everything that’s gone wrong with this country, he’ll fix. How? Well, he’s Donald Trump, and he gets results.

You are not stupid for liking the sound of that. So many Trump supporters have told me the same thing: “Finally, someone’s saying what I’m thinking.” But now is the time to take a step back and ask yourself why a billionaire Ivy Leaguer from Manhattan is the one saying all those things you’ve long wanted to hear.

Trump knows that after years of being let down by so-called political leaders, you are boiling with pent-up anger and frustration. He knows too that this makes you vulnerable to the simplest and crudest of political manipulations.

His promises are the manipulation, and he is counting on you being so blinded by your hatred of the establishment that you don’t ask yourself the basic questions you would ask of any other candidate, such as: Why have his positions changed so dramatically? Why has he given so much money to Democrats?

Not long ago, Trump championed gun control, universal health care and a wealth tax. He called himself “very pro-choice” on abortion.

In 1999, he called Republicans “too crazy right,” and in 2004, he told CNN, “In many cases, I probably identify more as Democrat. It just seems that the economy does better under the Democrats than the Republicans.”

He switched his voter registration from Democrat to Republican only seven years ago.

What about his political donations? As NPR reported, Trump contributed millions to Democrats until 2009, then shifted to favoring Republicans.

So what, right? He’ll get stuff done, so who cares? But ask yourself, why is this guy running for president as a Republican?

In 1990, he told Playboy magazine, “Well, if I ever ran for office, I’d do better as a Democrat than as a Republican. And that’s not because I’d be more liberal, because I’m conservative. But the working guy would elect me. He likes me.”

There it is. Trump could not have been more clear: He would run in the party that gave him the best chance to win. Hiding his own leanings, he would use that party’s voters to get himself elected. 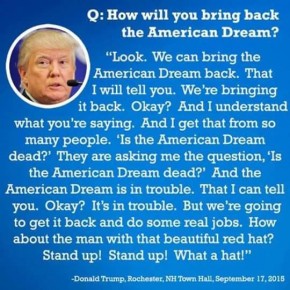 The line about being conservative? You can believe that or his donations, which continued going mostly to Democrats for another 19 years.

Trump’s offer to Republican primary voters: Nominate him, and he will give you everything you want.

Will he keep his promises? Ask the people of Atlantic City.

“There were agreements to do housing construction — that never happened. There was a big plan to rebuild Atlantic City, never happened,” Trump biographer Wayne Barrett told NorthJersey.com last year.

Trump has a long record of making extraordinary claims to seal a deal. He has mastered the technique. Smile, say what they want to hear, and laugh all the way to the bank (or the White House). “Working guys” who lean Republican, you are being had by a Manhattan billionaire.

For decades, Americans have been warned of slick New York con men through the story of the huckster offering to sell the Brooklyn Bridge. That huckster was real. The legends grew from actual swindles that began shortly after the bridge was built in 1883.

More than a century later, a lot of good Americans seem on the verge of falling for another charming, slick-talking New Yorker, this one offering to give them a huge (yuuuuge!) wall – for free! His scheme relies entirely on one assumption: The average American hasn’t wised up one bit since the 1880s.