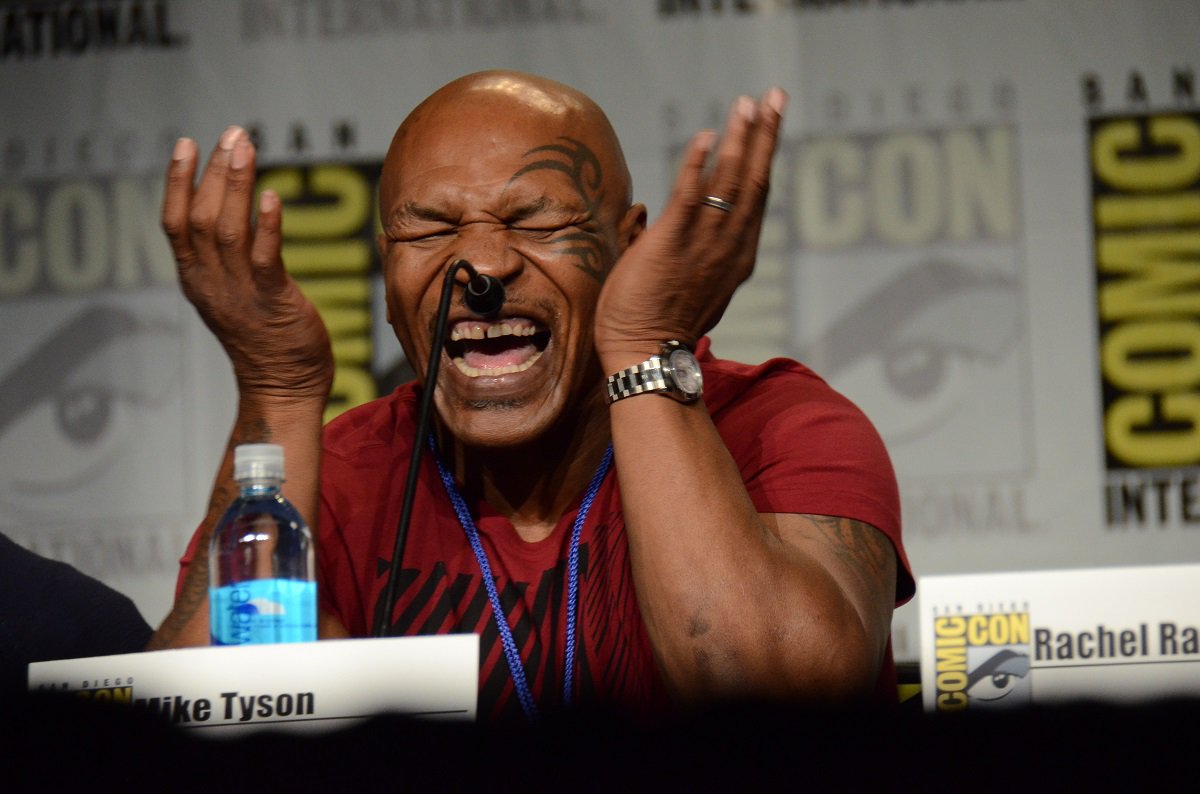 Back before the Indiana primary, Donald Trump touted his endorsement by disgraced former heavyweight boxer and convicted sex offender, Mike Tyson. According to Trump, “I get endorsed by the tough ones.” Trump has a long history with Tyson and has resolutely claimed, despite evidence to the contrary, that Tyson is “not a rapist”. (Often one wonders if this goes back to Trump’s own brush with rape accusations and the unsettled nature of his close friendship with convicted pedophile Jeffrey Epstein.

If there is any consistency in Donald Trump’s behavior, it is to double down on bad decisions and outrageous statements. So it should come as no surprise that Trump has asked Mike Tyson to be his guest at the GOP convention in Cleveland.

And we can thank Heaven for small favors:

Iron Mike Tyson was not asked to speak at the Convention though I’m sure he would do a good job if he was. The media makes everything up!

Though, as this convention is going to be an epic of goat-f***ery, having Mike Tyson speak on, say, women’s issues would have been a great theater.

No word yet if the Cuyahoga County Sheriff will have to notify schools, etc., that a convicted sex offender is in town.