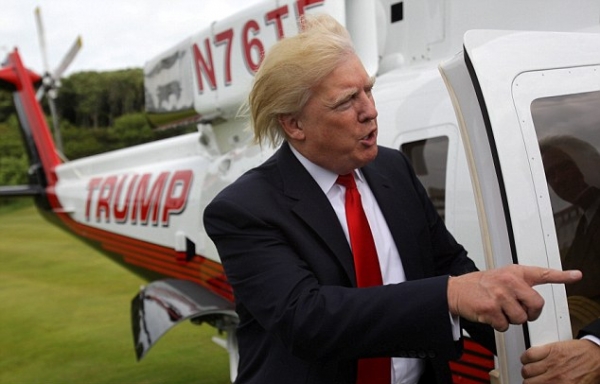 It’s a $5 registration renewal fee, but he’s too feebleminded to take care of it.

It seems that the Toad-who-would-be-King has no head for taking care of the small details. He has been jetting around the country in his 1997 Cessna 750 Citation X jet with an expired FAA registration.

Though warned, apparently the disorganization within Trump’s inner circle is so chaotic that something as simple as a $5 renewal fee was too much to keep up with.

Also from the NYTimes.com:

With few exceptions, aircraft must be registered in order to fly. Mr. Trump’s plane could be grounded for several days, or even months, while the issue is sorted out. In the event of an accident, the company that insures the plane could use the expired registration as a reason to decline any claims.

Is it dementia? Is it just a ridiculous lack of concern for rules and regulations? Either way, if he can’t be trusted with the small things, how can we trust him with our nation?