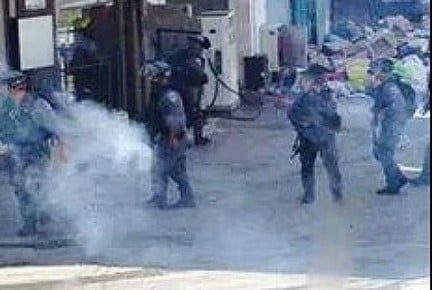 Dozens of Arabs in the Jerusalem neighborhood of Shuafat attacked Border Police with rocks late Sunday afternoon during an arrest of a suspect.

Border Police employed riot-dispersing methods and seriously injured one of the rioters with a “sponge bullet” when the mob tried to prevent officers from leaving the area with the suspect.

There may be complaints that the police response was “disproportionate” because they did not retaliate with rocks.