Duma suspect says he “confessed” due to torture

“I started making stuff up. A whole story, how I went and prepared and planned” 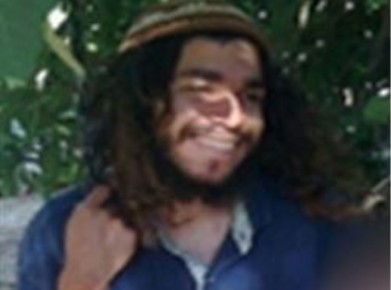 The questioning of the main suspect in a deadly firebombing of [an Arab Muslim] family’s home in the West Bank was carried out legally and was well supervised, the Shin Bet (Israel Security Agency) said.

“This is a case that is being handled by the Central District behind closed doors, and therefore, in keeping with the limitations of the law, we cannot relate to the individual claims in here or verify them. With that, it can be noted that the investigation of the person in question was done in keeping with legal requirements and with the cooperation of all the relevant bodies,” the Shin Bet said in a statement.

The statement followed reports in Israeli media that quoted Amiram Ben-Uliel, 21, of Jerusalem as saying he confessed after he was tortured during questioning.

Ben-Uliel was charged in January with three counts of murder.

Ben-Uliel said in a recording broadcasted by Channel 2 on Sunday night that the torture included being beaten, handcuffed and made to sit in uncomfortable positions, as well as being forced to listen to women sing, which is against his religious convictions.

In addition to hearing women singing on the radio, a female interrogator also sang to him and touched him, which is also against his religious convictions, Ben-Uliel said in the recording.

Ben-Uliel said that when the torture got to be too much, he resolved to confess so it would stop.

“‘I’ll make something up for them so they’ll release me,’ and I said to them, ‘I’ll talk, I’ll talk,’” he said in the recording. Ben-Uliel said he used details he gleaned from his interrogators.

“I started making stuff up. A whole story, how I went and prepared and planned,” he said in the recording. “I told them I planned it with [name deleted], and I met with him, we carried out reconnaissance and all sorts of things.”

Channel 2 did not say when the recording was made or how the station came into possession of it.

The Shin Bet responded to Channel 2 with a statement, saying, “The interrogation of the individual in question was carried out according to the stipulations of the law, and under the supervision and constant oversight of all relevant authorities.”