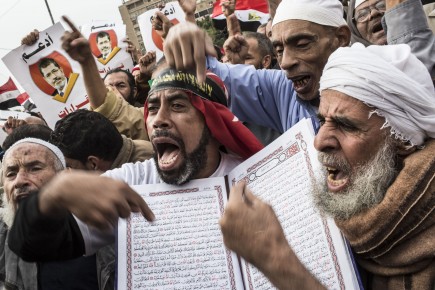 Egyptian security forces are using sexual violence against detainees on a massive scale, according to the International Federation for Human Rights.

A report by the organisation suggests men, women and children are being abused “to eliminate public protest”.

Many are subjected to virginity tests, rape and gang rape after arrest.

Egypt’s Interior Ministry said it would not comment until it had studied the report.

The study notes a surge in sexual violence after the Egyptian military takeover in July 2013.

The perpetrators are rarely held to account and the impunity points to a “cynical political strategy aimed at silencing all opposition”.

Police, intelligence officers and members of the military are guilty of targeting male and female detainees, according to the report.

Among the victims are student demonstrators, human rights activists, gay people and children.

The authors said they did not have evidence that commanders were giving the orders, but the scale of the violence – and the impunity – suggested there was a political strategy.

They claim that victims who file complaints are systematically obstructed by the justice system, and face threats and reprisals by police officers and prison guards.

Sexual violence has long been a problem within the general population in Egypt.