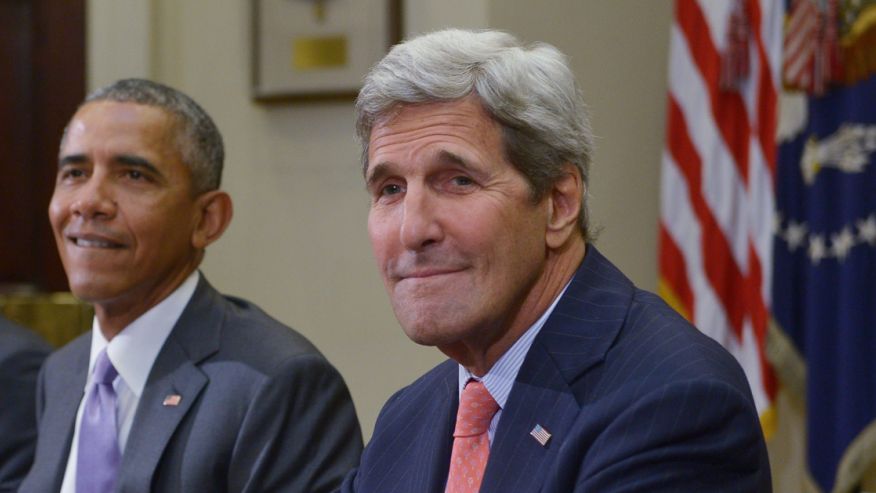 John Kerry, along with Obama, would love to see Muslim terrorists destroy Israel.

Public Security Minister Gilad Erdan criticized US Secretary of State John Kerry on Tuesday night, shortly after it was announced that he would give a speech on Middle East peace.

State Department spokesman Mark Toner said that on Wednesday, Kerry will make remarks regarding Middle East peace and discuss the next steps needed to resolve the Israeli-Palestinianconflict.

“It’s pathetic to present a [peace] plan at the last minute when he hasn’t managed in changing anything for his entire time in office,” Erdan said late on Tuesday night.

“It’s unfortunate that the Obama Administration, that erred for years in the Middle East, is trying to make sure that the chaos will last far past its tenure,” Erdan said. “Kerry’s speech on parameters right before the end of his tenure will make sure that the Palestinians won’t agree to any sort of negotiations [with Israel] in the coming years and will push off chances of advancing peace.”