Facebook’s Zuckerberg: ‘All Lives Matter’ is ‘Disrespectful’ and ‘Malicious’ 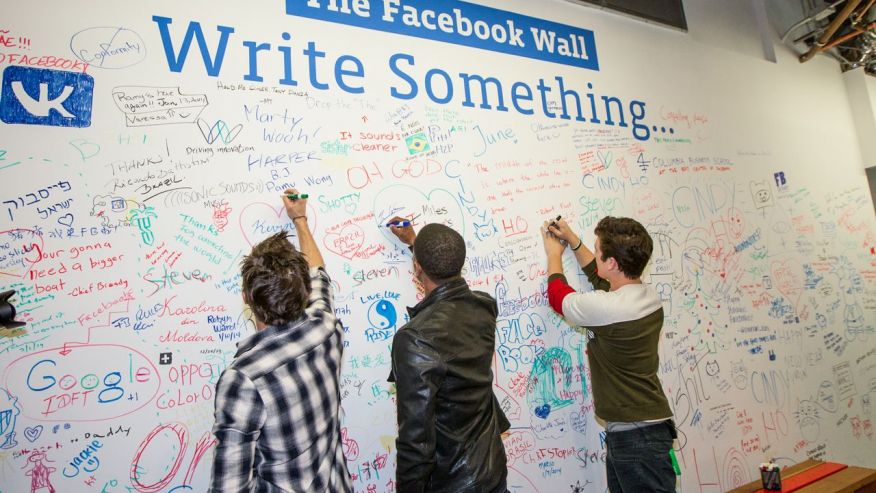 NBC News reports that Mark Zuckerberg angrily reprimanded his Facebook employees in a private memo on Thursday, warning them to “stop crossing out ‘black lives matter’ and writing ‘all lives matter'” on the company’s famous signature wall. Doing so, he wrote, is “disrespectful” and “malicious.”

Employees are encouraged to write or draw on the whiteboard walls at Facebook in Menlo Park, California. It is essentially an actual version of Facebook’s virtual timeline wall. But CEO Zuckerberg is apparently incensed that, despite an earlier warning, some employees have been crossing out “black lives matter” on the wall and replacing it with “all lives matter.”

In an angry message posted on an internal forum, he wrote:

“There are specific issues affecting the black community in the United States, coming from a history of oppression and racism. Black lives matter doesn’t mean other lives don’t — it’s simply asking that the black community also achieves the justice it deserves.”

Zuckerberg neglected to mention that the BLM movement’s concept of “justice” includes stoking black grievance-mongering and black rage, as well as inciting violence against law enforcement officers while turning a blind eye to black-on-black crime.

“Crossing out something means silencing free speech, or that one person’s speech is more important than another’s,” Zuckerberg continued – ironically so, considering Facebook’s reputation for preferencing progressive narratives.

“This has been a deeply hurtful and tiresome experience for the black community and really the entire Facebook community, and we are now investigating the current incidents,” he threatened. “We’ve never had rules around what people can write on our walls,” Zuckerberg went on. “We expect everybody to treat each other with respect.”

He concluded, “I hope and encourage everybody to participate in the @Black town hall to educate themselves about what the Black Lives Matter movement is all about.”

We too hope that everyone will educate themselves as to what the BLM movement is actually about – by reading TruthRevolt regularly and checking out the movement’s profile page at the Freedom Center’s Discover the Networks resources site.