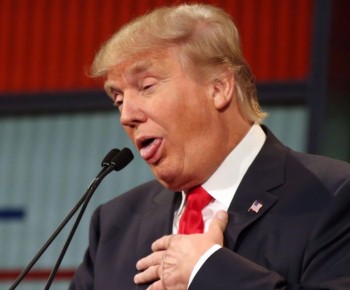 Ted Cruz’s overwhelming victory in Wisconsin on Tuesday makes it all but impossible for GOP frontrunner Donald Trump to win the 1,237 delegates he needs to secure the nomination ahead of the RNC convention in Cleveland.

Trump currently leads the GOP field with 743 delegates. He would need to win 58.9 percent of the remaining pledged delegates to obtain the simple majority necessary.

A number of the states remaining award delegates proportionally. The bulk of delegates in one critical upcoming state, Pennsylvania, aren’t officially bound to any candidate. The fight for California’s massive 172 delegates will be fought largely in each of the state’s 54 Congressional Districts.

As a result, Breitbart News estimates that Donald Trump will end the primary portion of the nomination fight with 1164 delegates, 74 short of the 1,237 delegates necessary to win the nomination on the first ballot. This estimate assumes Trump’s performance in upcoming contests is consistent with the results prior to Wisconsin.

In other words, it is a static estimate, assuming no great change in the trajectory, tone, or focus of the campaigns. It isn’t based on any future missteps, like those experienced by the Trump campaign ahead of the Wisconsin primary. Our assumption is, in many respects, the most optimistic for the Trump campaign. Because of this, it underscores the steep challenge Donald Trump faces heading into the 4th Quarter of the primary season.