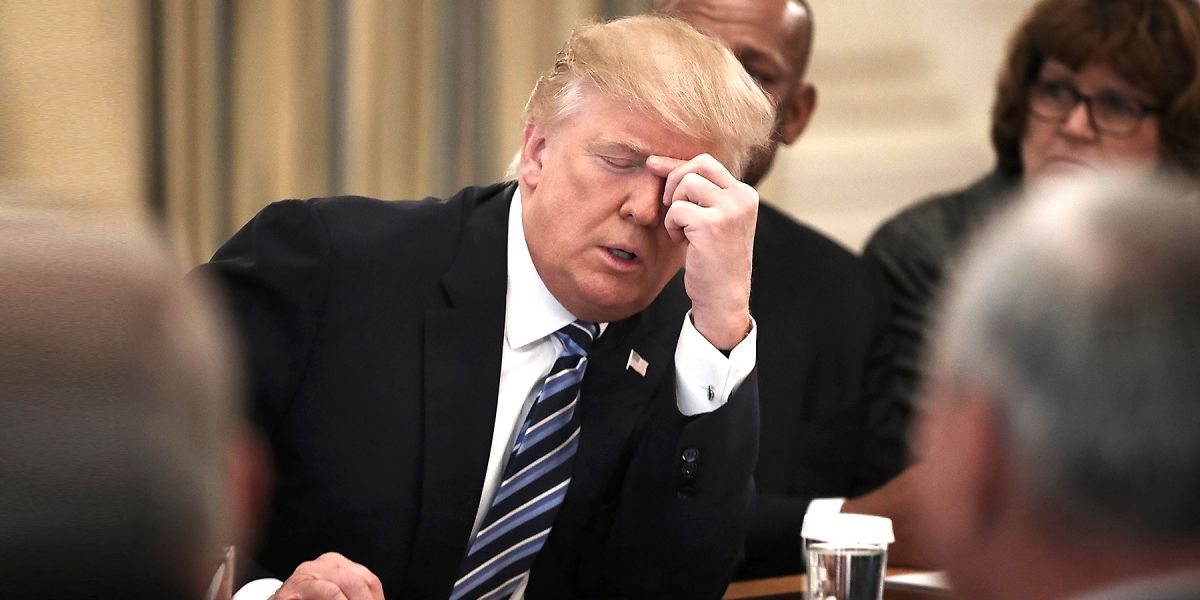 “Art of the Deal” my tuchus. Everything Trump’s promised has failed. He’s done pretty much nothing.

A federal judge blocked the executive order from President Trump that would defund cities who kept their ‘sanctuary’ polices to aid illegal aliens in escaping federal immigration authorities.

In his ruling, Judge William H. Orrick sided with Santa Clara County, the city of San Francisco and other jurisdictions, who argued that a threat to take away federal funds from cities that do not cooperate with some federal immigration enforcement could be unconstitutional.

Justice Department lawyers offered a narrow reading of the order to justify the cessation of funding to these cities, but Judge Orrick cited statements by President Trump and Attorney General Jeff Sessions in his ruling that recognized a much wider understanding of the Trump’s command.

Trump had promised numerous times on the campaign trail that he would shut down “sanctuary city” policies which he said threaten American citizens with violence and crime from illegal aliens. Defenders of the policies say that local law enforcement efforts are hampered when illegal aliens are afraid to talk to them about other crimes.

Trump signed the order in January, causing some cities to drop the illegal alien-aiding policies immediately, like Miami-Dade, but also inciting a backlash from other cities defending their right to order their own local enforcement policies. Los Angeles Mayor Gil Garcetti called the order unconstitutional, and vowed to fight its implementation. Garcetti later ordered city employees to ignore requests by federal immigration authorities to aide in enforcing immigration searches.

“Well it’s not surprising,” he answered, “I mean it’s yet another executive action the president has taken that has not held up in court of law to some extent, the checks and balances built into the constitution on executive power are working.”

“The fact of the matter is the president really shouldn’t be telling local law enforcement what their priorities should be,” he concluded.

Texas Governor Greg Abbott is seeking his own solution to “sanctuary cities” in his state – he’s trying to pass a law that would punish sheriffs with a fine and possibly even jail-time for ignoring ICE requests.

Meanwhile, border enforcement officials have noted a precipitous drop in illegal border crossings, and they are attributing it to Trump’s tough talk on deportations and illegal immigration.