Follow the Money: Planned Parenthood donated $25M to Democrats since 2000 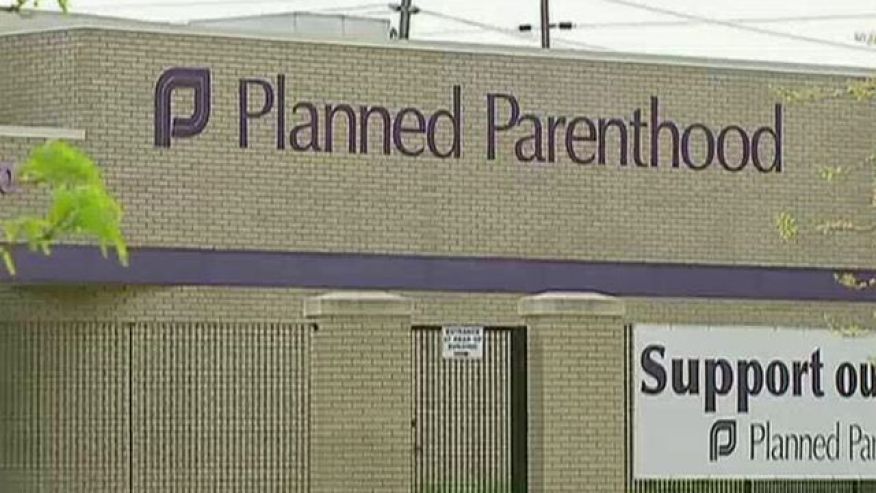 The financial ties between Planned Parenthood and Democrats run deep, with the taxpayer-funded women’s health care and abortion provider’s employees and political arms donating at least $25 million to party lawmakers over the past 15 years, according to a FoxNews.com analysis.

“These types of contributions — any contributions — to public officials are important and they do sway votes,” said Jeanne Zaino, a political science professor at Iona College in New Rochelle, N.Y.

In addition to direct donations to the campaigns of Democratic lawmakers around the nation, Planned Parenthood employees and affiliates spent $12 million on lobbying efforts during the same span, according to documents examined by FoxNews.com.

As a tax-exempt nonprofit, Planned Parenthood is not allowed to donate directly to political causes. But, like hundreds of other nonprofits, it is permitted to establish a political action committee that is committed to its goals. Planned Parenthood’s political arm, the Planned Parenthood Action Fund, works with scores of state, regional and local PACs and affiliates that seek to influence elections on every level. It is funded by private contributions and is not permitted to use the organization’s funds even as it advocates for the organization and contributes to candidates sympathetic to its cause.

Planned Parenthood’s taxpayer subsidies have come under intense questioning in the wake of a series of sting videos released by the Center for Medical Progress, a group of citizen journalists opposed to abortion. The graphic videos, some of which have featured undercover footage shot inside clinics and of Planned Parenthood officials allegedly discussing the illegal sale of fetal cadavers and body parts, have made Planned Parenthood a major issue in the 2016 presidential campaign.

A Senate measure to defund Planned Parenthood failed by a vote of 53-46 last week, falling seven votes short of the supermajority of 60 needed to avoid a filibuster. Voting against the measure were several lawmakers who received some of the $884,574 Planned Parenthood’s PACs and supporters contributed to candidates and parties last year, according to the Center for Responsive Politics. The largest recipient, Sen. Ed Markey, D-Mass., received $22,290 and voted with other Planned Parenthood-backed senators including Jeanne Shaheen, of New Hampshire, Al Franken, of Minnesota, and Jeff Merkley, of Oregon, to block the move.

Some current and former Planned Parenthood employees donated more than $100,000 to mostly Democrat-supported candidates and causes. Aimee Boone Cunningham, of Austin, Texas, donated a total of $233,000 to the Super PAC Planned Parenthood Votes, Democratic congressional candidates and the Democratic Senatorial Campaign Committee between 2012 and 2014. According to the Center for Reproductive Rights, she was most recently the vice president of development of Planned Parenthood of Greater Texas. She also has been the deputy director of the Texas Democratic Trust and the deputy executive director/finance director of the Texas Democratic Party.

“Their donation priorities demonstrate that, obviously, Planned Parenthood knows who will support their agenda no matter what,” Sen. James Lankford, R-Okla., said. “I am hopeful that the senators who voted against redirecting Planned Parenthood taxpayer funding will listen to the millions of people around the nation that are mortified that their hard-earned money is being used to facilitate the trafficking of children’s body parts. Federal funding for Planned Parenthood shouldn’t be a partisan or lobbying issue.”

According to the Planned Parenthood Annual Report, the organization received $528.4 million in government health services grants and reimbursements in fiscal year 2014. According to law, none of its federal funds can be used for abortion services. The organization claims the federal funds are used to promote other women’s health causes, including birth control, mammograms and sex education instruction in public schools.

The partisan nature of the abortion issue has a flip side. The Susan B. Anthony List, a private, anti-abortion organization, has donated $1,990,787 to Republicans since 2000 and only $38,468 to Democrats, a contribution history that shows a similar contrast, though on a much smaller scale.

Senators voting to continue funding Planned Parenthood may well have followed their consciences and the wishes of their constituents, but Zaino said the relationship between donations and votes on such a charged issue is undeniable.

“Anytime we are analyzing a vote we always have to follow the money trail and this case is no exception,” Zaino said. “There is no question that the vote on Monday was tied to the contributions these senators have received from the Planned Parenthood SuperPacs and related individual donors.”