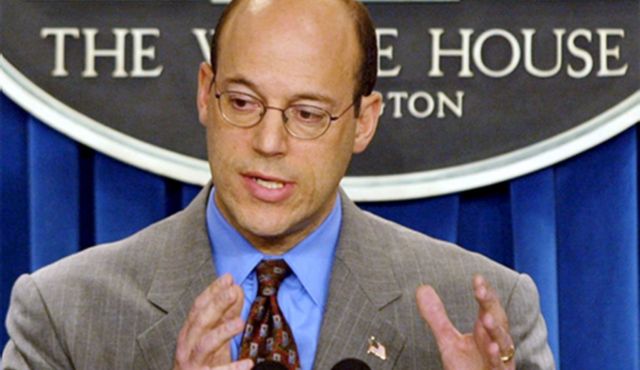 If Donald Trump is elected president, his victory will completely alter the ideology of the Republican Party, which will no longer be called conservative, Ari Fleischer, former White House spokesman for President George W. Bush, tells Newsmax TV.

“It’s really been a test of , who are Republicans? For years the assumption was Republicans have a conservative base and that base is an activist base,” Fleischer said Tuesday on “The Steve Malzberg Show.”

“What you’re really seeing in this cycle is, ‘throw everybody out and nobody knows what they’re doing — we’ll try a new base.’

Fleischer said the GOP’s evolving message is not unique to the billionaire developer, who maintains a double digit lead in national presidential polls.

“I worked for the chairman of the Ways and Means committee, Bill Archer, who was a very conservative man in Texas, who also could work with people because there was an era when the most conservative and most liberal somehow still could work with each other,” Fleischer said.

“[Sen.] Ted Cruz does not represent that era but I do think at the end of the day if you want to get anything done in Washington, you have to be able to work with people from the opposing party. That is important but that’s not the bigger issue here.

The bigger issue here is that Trump is going to, if he wins, defeat the conservative base of the Republican Party. He is not and will never be a conservative nominee. He’ll be a populist one.”

Fleischer — now president of Fleischer Sports, an agency representing top athletes — told Malzberg he believes Trump will not make good on his threat to pull out of Thursday’s GOP debate on the Fox News Channel, unless network executives dump moderator Megyn Kelly, whom Trump dislikes.

“It’s going to be a very exciting debate. He is so good at this business about playing the things that really don’t matter in this business. He just excels at it, but I think he’s working the empire a little bit. He was legitimately aggrieved with Megyn’s performance in the first debate,” said Fleischer, referring to Kelly’s question about Trump’s alleged sexist remarks about women.

Fleischer also believes Trump’s threat will not force Kelly to pull any punches.

“Anybody who knows Megyn Kelly knows how tough and independent-minded she is and she will do her job as a journalist in this debate the way she did in the last debate, which means she’ll throw hard and fast and she’ll throw over the plate, not at anybody’s head.”