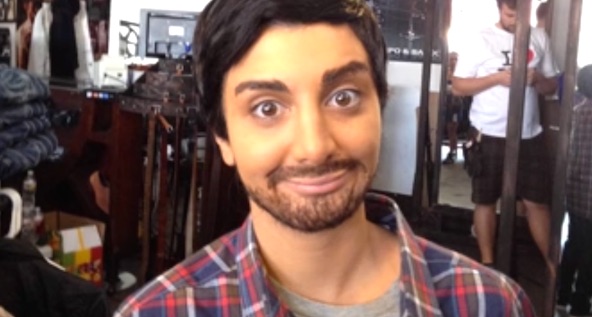 Fox has ordered a pilot for a new television show aimed at combating so-called Islamophobia in the U.S.

Former “Saturday Night Live” comedian Nasim Pedrad will play a 14-year-old male in the upcoming series “Chad: An American Boy.” The announcement came just one week after President Obama spoke at a terror-linked mosque in Baltimore, Maryland, and requested such a show.

“I’m thrilled to be able to portray a Middle Eastern family not working for or against Jack Bauer on network TV,” Pedrad said in a statement after Fox’s announcement, Variety reported Feb. 10. “Also, a big thank you to Fox for understanding that my true essence is that of an awkward and misguided 14-year-old boy.”

Pedrad pitched the show to executives as a chance to show an authentic portrayal of the Iranian-American community that would also resonate with teenagers who struggle to fit in, the website reported.

Entertainment outlets covering the announcement failed to mention Pedrad’s “Jack Bauer” reference was made against a backdrop of legitimate fears based upon the Dec. 2, 2015, massacre in San Bernardino, California, by Islamic terrorists Syed Rizwan Farook, 28, and his wife Tashfeen Malik, 27.

The Heritage Foundation noted Dec. 8 that Farook’s attack, which killed 14 and wounded 21 at a center that helps those with developmental disabilities, was the 75th terror attack or plot acknowledged by the federal government since Sept. 11, 2001. Malik had pledged allegiance to the Islamic State group prior to the massacre.

“The U.S. needs to simultaneously continue its battle against terrorist organizations abroad, while at the same time keeping those are who are easily impressionable within the U.S. from becoming radicalized. The two issues cannot be addressed separately,” the conservative think tank wrote.

Homeland Security Secretary Jeh Johnson also warned reporters in Washington, D.C., on Dec. 17, 2015, that ISIS plans to infiltrate Obama’s Syrian refugee program and use it as a Trojan Horse.

“We do have to be concerned about the possibility that a terrorist organization may seek to exploit our refugee resettlement process,” Johnson said, WND reported. “This is true of this country, that’s true of every other country that accepts refugees.”

Migrants from the Middle East and North Africa have been responsible for increased crime across Europe over the past year, including a wave a rapes on New Year’s Eve. An ISIS terror attack in Paris, France, that killed 130 also included migrants.

Obama told an audience of new citizens at the National Archives in Washington, D.C., on Dec. 16, 2015, that each Syrian migrant should be equated with “the Jewish refugee of World War 2.”