France’s War Against the Jews 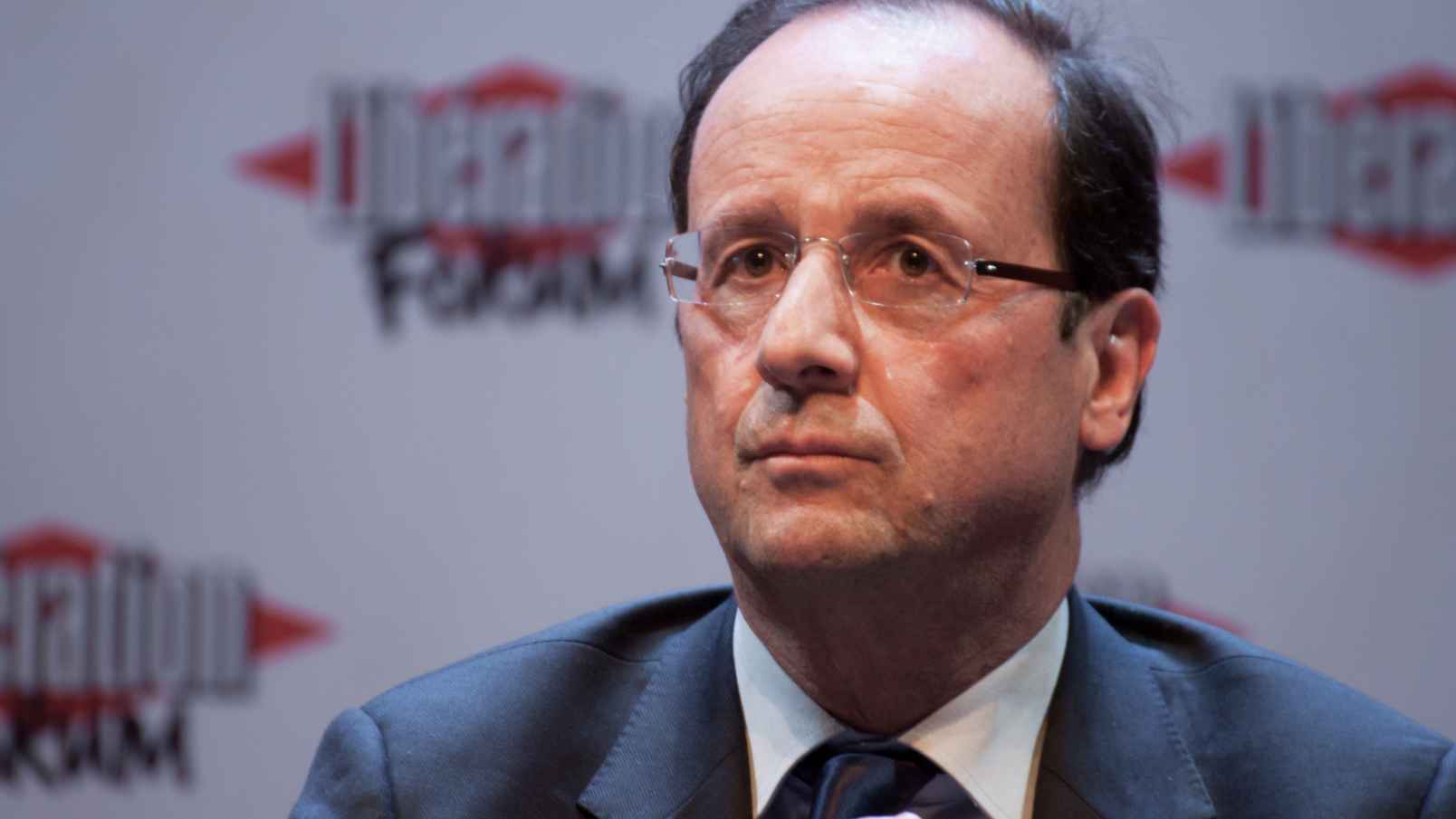 The attack on Israel’s sovereignty over the Temple Mount is just the beginning.

This quoted article contains the word “Palestinian”. There is no such thing as a “Palestinian”. It is a lie and a propaganda war intended to destroy Israel and the Jews.

France’s plan to use its position at the UN Security Council to bring about the deployment of international monitors to the Temple Mount in Jerusalem has been condemned by Prime Minister Benjamin Netanyahu and his ministers as biased, unhelpful and detached from reality.

Certainly it is all those things. But France’s decision to use its diplomatic position to advance a plan which if implemented would end Israeli sovereignty over Judaism’s holiest site is first and foremost a French act of aggression against the Jewish state.

Contrary to what the French government would have us believe, France’s Temple Mount gambit is not an effort to quell the violence. French protestations of concern over the loss of life in the current tempest of [Muslim] terrorism ring hollow.

To the contrary, it facilitates it.

Every year, the French government pays millions of euros, dollars and shekels to Palestinian NGOs whose stated goal is to destroy Israel. Through its NGO agents, France finances the radicalization of Palestinian society. This French-financed radicalization makes Palestinian terrorism inevitable.

Much of the current rhetoric used by the Palestinians to reject Israel’s legitimacy and justify violence against Jews is found in strategic documents that France paid Palestinian NGOs to write.

According to NGO Monitor, between 2010 and 2013, France gave $6.5 million to a consortium of Palestinian NGOs called the NGO Development Center. It paid for the NDC to put together a strategic plan to advance its members’ goals. That French-initiated and financed document includes a list of activities not aimed at promoting peace, enhancing the daily lives of Palestinians, or expanding economic growth.

Rather, the French-financed strategic planning document provides a list of activities that the NGOs will undertake to delegitimize and criminalize Israel and ensure that Palestinians hate the Jewish state and view it as the cause of all their suffering.

A 2008 NDC document required all member groups to ban all “normalization activities with the occupier, [both] at the political-security [and] the cultural [and] developmental levels.”

The document went on to call for Israel to be destroyed. No action on the part of any Palestinian entity can be carried out it said, “if it undermines the inalienable Palestinian rights of establishing statehood and the return of refugees to their original homes,” that is, the immigration of millions of foreign-born Arabs to the ruins of Israel.

The “international advocacy” referred to in the document includes lobbying foreign governments and societies to wage economic war against Israel. To this end, for instance, the Palestinian Agricultural Relief Committee, which has received hundreds of thousands of dollars from the French government, uses racist language to demonize Jews and Israel by among other things assaulting the so-called “Judaization of Jerusalem” and attacking Palestinians who work with Israeli companies.

In 2011, PARC sabotaged a trade delegation in France comprised of Israeli and Gazan farmers organized by Agrexco, Israel’s main exporter of agricultural products. Rather than welcome Israel’s actions on behalf of Gaza farmers, PAR C organized a boycott of the delegation – causing direct harm to Gazan farmers.

In its press release following its action, the beneficiary of French government financing wrote, “PARC salutes all activists and international supporters for the BDS campaign and especially our French friends and partners who were able to frustrate the Agrexco attempt to conduct a joint press conference with a few exploited Palestinian producers.”

Not to put too fine a point on it, but these are not the actions that peaceful groups interested in a non-violent, peaceful resolution of the Palestinian conflict with Israel undertake. By paying these groups to carry out these sorts of activities, the French government has made clear that far from seeking to advance the cause of peace, its actual goal is to block all prospects of peace between Israel and the Palestinians.

These sorts of actions are the norm, rather than the exception in France’s treatment of Israel. And France makes no bones about its hostility toward the Jewish state.

On December 2, 2014, barely a week after two jihadists from Jerusalem butchered like sheep four rabbis in prayer at a synagogue in the city and murdered a policeman who tried to rescue them, the French parliament recognized the non-existent “State of Palestine.”

That Islamic State-styled massacre was part of a larger Islamic terrorism offensive against Jews in Jerusalem that was incited by the leaders of “Palestine.”

Just as it does today, last fall the Palestinian Authority, led by PA President Mahmoud Abbas, spread the lie that Israel was planning to destroy the mosques on the Temple Mount and called on the Palestinians to attack Jews.

The French government’s policies on the ground in Israel and the PA are a natural complement to its anti-Jewish policies at home.

Whereas France seek to reward Islamic terrorists on the international stage by helping them to weaken the Jewish state, back home the French government is willing to place its own Jewish community at risk in order to pretend that Islamic terrorism doesn’t exist.

Since Jews are among the top targets for French jihadists, the French government’s policy of refusing to acknowledge or combat Islamic extremism and violence in France is an anti-Jewish policy.

Last January, in the wake of the jihadist massacre at the Hyper Cacher kosher supermarket in Paris, which had followed the massacre at Charlie Hebdo magazine, French President Francois Hollande refused to acknowledge that the murderous violence was rooted in Islam. To the contrary, Hollande perversely insisted, “These terrorists and fanatics have nothing to do with the Islamic religion.”

In a further act of hostility toward the grieving Jewish community, two days after the massacres Hollande told Netanyahu to stay away from Paris and not participate in his solidarity march with the victims of the attacks.

When Netanyahu insisted on participating in the march anyway, Hollande invited Mahmoud Abbas to participate as well, despite his direct sponsorship of anti-Jewish terrorism.

French authorities tried to push Netanyahu to the second row of marchers to prevent anyone from seeing him. Ahead of the march, they left him exposed, in an unsafe area, where his life was in danger every second, as he waited for a bus to pick him up and take him to the event.

In the evening after the march, Hollande refused to appear with Netanyahu at the memorial ceremony for the victims of the Hyper Cacher massacre. In a tangible snub, Hollande left the synagogue where it was being held before Netanyahu arrived.

In the nine months since the attacks, rather than go after the Islamic communities of France that infect their members with Nazi-like Jew hatred marinated in Koranic dispensations for murder, French authorities have forced French Jewry to live under lock and key. Jewish communal institutions are required to shoulder astronomical security costs as their buildings have come to look more like military garrisons than elementary schools and synagogues.

As a French professor writing under the pen name Alain El-Mouchain explained this month in Mosaic Magazine, the French government’s “refusal to identify either the culprits [of anti-Semitic violence] or their [Jewish] victims by their proper names… has perversely combined with the swift posting of police and military guards at Jewish institutions to make Jews feel that at best they have become ‘protected citizens’ in their own country, reinforcing the idea that they are no longer at home in France but are rather a new kind of dhimmi [a minority group that lives at the pleasure of the ruling Muslims].”

In rejecting France’s bid to destroy Israel’s sovereignty over the Temple Mount, Netanyahu and his ministers have all noted that such a position will do nothing to protect the Temple Mount or guarantee freedom of religion. Only Israeli control of the holy site, Netanyahu explained, protects members of all faiths.

Again, while their statements are correct, they miss the point. It isn’t that France is doing nothing to ensure freedom of religion. Through its actions, France has shown that it isn’t even vaguely interested in promoting freedom and peace. The policy of the French government, revealed yet again by its bid to end Israeli control of the Temple Mount, is to delegitimize Israel and curry the favor of jihadists at the expense of the Jews of Israel and of France alike.