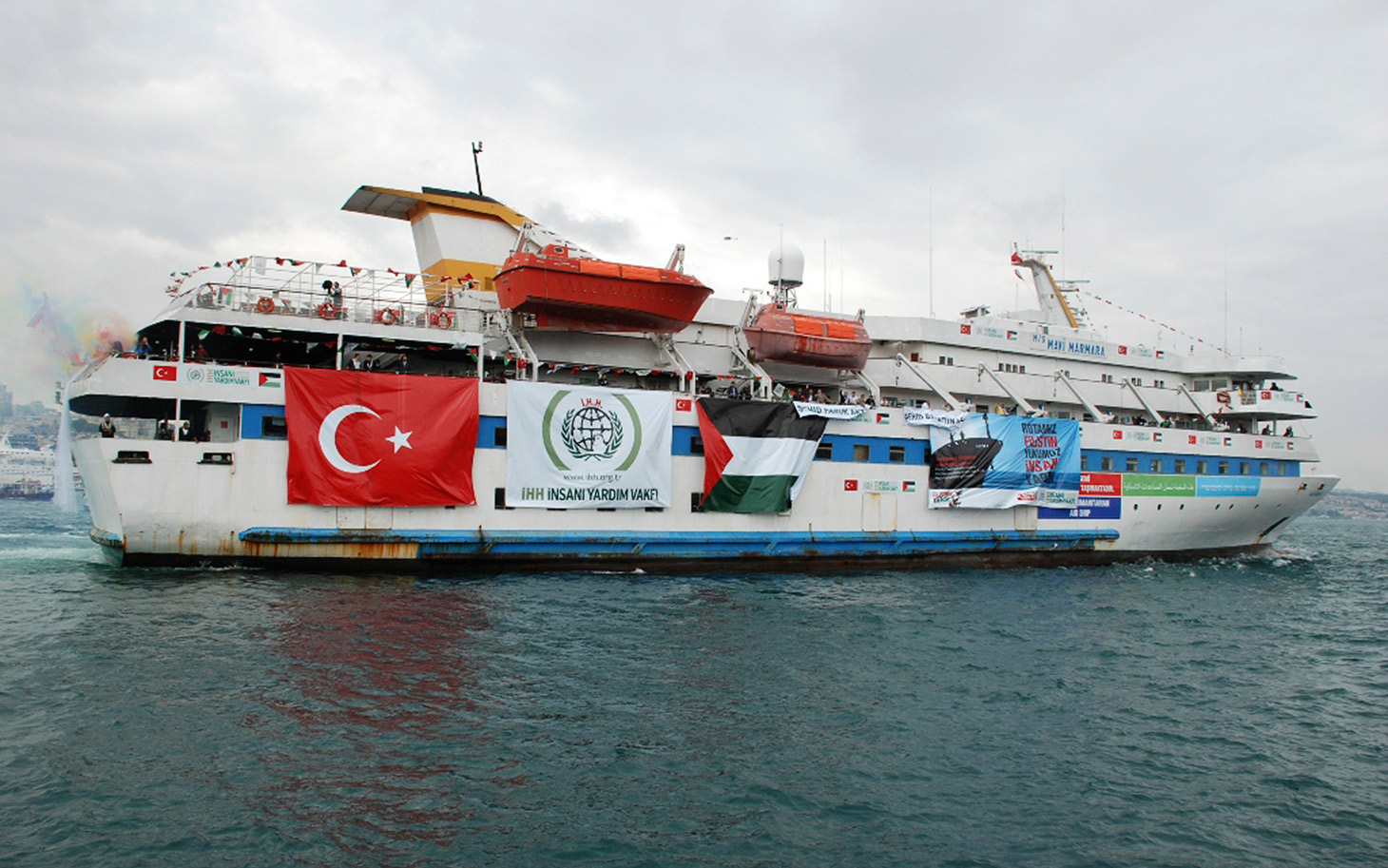 One of the NGOs behind the latest anti-Israel flotilla to Gaza is funded by the French government, Arutz Sheva has learned.

The Platform of French NGOs for Palestine (Plateforme des ONG françaises pour la Palestine) is among the groups supporting the Freedom Flotilla III, which seeks to directly defy the Israeli government’s blockade of the Hamas-ruled enclave.

On Friday the Platform announced that the latest boat to join the flotilla, The Marianne of Gothenburg, had set sail from Sicily and was set to join four other vessels carrying some 70 anti-Zionist activists en route for Gaza.

Among those on board will be former Tunisian president Moncef Marzouki, Spanish MEP Ana Maria Miranda Paza and Arab-Israeli MK Basel Ghattas (Joint List), whose planned presence has triggered widespread controversy in Israel.

But another potentially controversial aspect of the flotilla that has been largely overlooked is the role played by European government-funded NGOs.

The Platform of French NGOs for Palestine is an umbrella organization for more than 40 anti-Israel groups, and is very active in the so-called BDS (Boycott Divestment and Sanctions) movement against Israel. Among other things, the Platform demands an end to all agreements and relations between the European Union and Israel.

It is also a regular recipient of French taxpayers’ money, via the French Development Agency (Agence Française de Développement or AFD), a public aid agency which works on behalf of the French government to carry out “sustainable development programs” around the world.

Although much of the AFD’s resources are devoted to projects in Sub-Saharan Africa, it also invests millions elsewhere, including the Middle East.

As recently as March 2014, the AFD approved a three-year grant of 225,000 euros to The Platform of French NGOs for Palestine.

The Platform has also received thousands of euros in donations from French parliamentarians, according to a 2014 report by the NGO Monitor watchdog.

Neither is the Platform the only radical anti-Israel NGO to receive French government funding. For example, the Association France Palestine Solidarité (AFPS) received a grant of €139,550 from the AFD between 2012-2014.

The single-biggest Palestinian recipient of French Development Agency is the NGO Development Center (NDC), which in 2010 received a €5,000,000 AFD grant over the course of three and a half years.

Among other things, the NDC actively works against “normalization” with Israel, and published the “Palestinian NGO Code of Conduct,” which calls on Palestinian NGOs to reject “any normalization activities with the occupier, neither at the political-security nor the cultural or developmental levels.” It also published “A Strategic Framework to Strengthen the Palestinian NGO Sector, 2013-2017,” which “aims to provide a strategic direction to NGOs,” including an “Anti-apartheid wall campaign” and “Anti-normalization campaign.”

But while very notion of state funds from a supposed Israeli ally being granted to extreme anti-Israel NGOs is shocking enough, the fact that a French government agency is funding the Platform in particular means that, at this current time, the French government is supporting at least one NGO which aims to directly subvert and undermine Israeli government policy – and, in this particular case, intends to violate Israeli law and confront Israeli servicemen, potentially violently.

Arutz Sheva has reached out to the Israeli foreign ministry and Prime Minister’s Office for comment, but as of late Thursday afternoon no response was forthcoming.

The revelations once again shine the spotlight on how European government-funded NGOs are playing a leading role in international efforts to delegitimize the Jewish state, even as European politicians pay lip service against the campaign.

It comes as Israeli legislators are set to once again debate the so-called NGO Law, which seeks to curb such activities by extremist, foreign-funded NGOs – although critics say the current bill does not go far enough.

Israel’s blockade of Gaza dates back to 2006, after Hamas kidnapped Israeli soldier Gilad Shalit, and with rocket attacks escalating against Israeli civilians in the aftermath of Israel’s withdrawal from Gaza a year earlier. The blockade was tightened in 2007 when the Islamist terrorist movement consolidated control of Gaza, using it as a launchpad for ever-more intensive rocket attacks against Israeli towns and villages.

Since then the blockade – which is meant to prevent weapons, fighters and other equipment reaching Islamist terrorist groups – has been eased considerably, although weapons are still not allowed to be trafficked in.

At the same time, a more restrictive blockade by the Egyptian military is ongoing, as Egypt seeks to cut Islamist terrorists in Gaza off from the Sinai Peninsula, where it says Hamas and other groups are helping fuel a jihadist insurgency.

Anti-Israel activists have long called for Israel’s blockade to be lifted, claiming that it is “illegal.” However, in 2011 the UN’s official Palmer Report found that the blockade is in fact entirely legal.